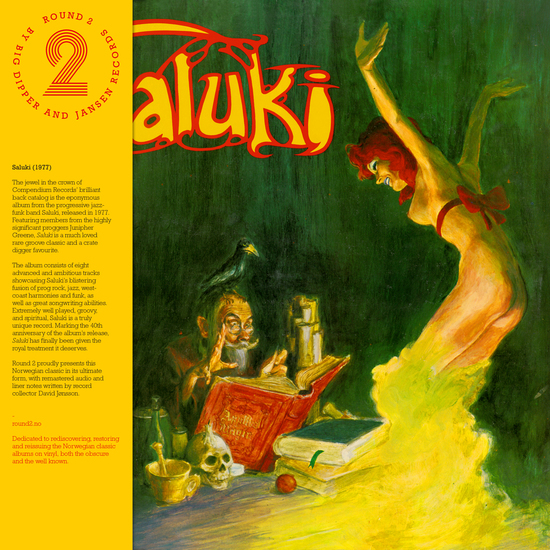 The jewel in the crown of Compendium Records’ brilliant back catalog is the eponymous album from the progressive jazz- funk band Saluki, released in 1977. Featuring members from the highly signi cant proggers Junipher Greene, Saluki is a much loved rare groove classic and a crate digger favourite.

The album consists of eight advanced and ambitious tracks showcasing Saluki’s blistering fusion of prog rock, jazz, west- coast harmonies and funk, as well as great songwriting abilities. Extremely well played, groovy, and spiritual, Saluki is a truly unique record. Marking the 40th anniversary of the album’s release, Saluki has nally been given the royal treatment it deserves.

Round 2 proudly presents this Norwegian classic in its ultimate form, with remastered audio and liner notes written by record collector David Jønsson.