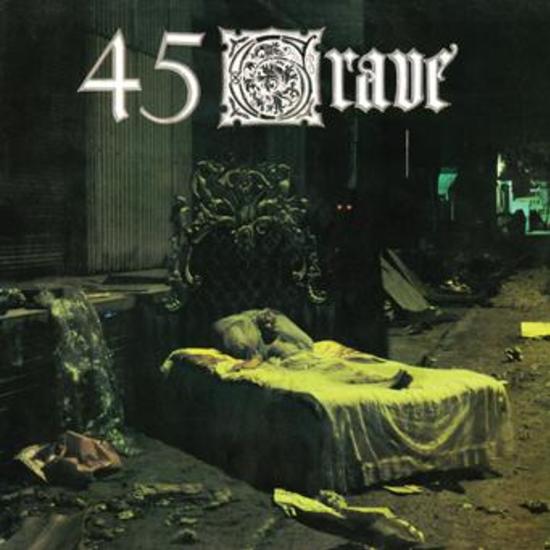 Formed from putrefying remnants of The Germs, The Consumers, The Bags, The Gun Club, and The Screamers among other L.A. punk outfits, 45 Grave were arguably the first American Goth/deathrock band and inarguably one of the best. Fronted by the Exene-meets- Vampirella vocal and visual stylings of Dinah Cancer (still one of the greatest stage names in a punk rock genre full of ‘em), 45 Grave also featured Paul B. Cutler on guitar, Don Bolles on drums, Rob (Ritter) Graves on bass, and Paul Roessler on keyboards, and from that all-star line-up came 1983’s Sleep in Safety, their lone studio release and only recording with the band’s original members. Probably most famous for the first appearance of the horrifyingly graphic, true-crime track “Partytime,” the single version of which was subsequently cut in 1985 and featured on The Return of the Living Dead soundtrack (both versions appear on our Expanded CD Edition), Sleep in Safety also offered the early MTV track “Evil” and the band “theme song” “45 Grave” among other blandishments for those who like their rock and roll with a side of the macabre. Both the LP and CD have been out of print for an eternity, and cost an arm and a leg; for our Real Gone Music exhumation of this classic record, we have “embalmed” two very special editions. On LP, we have preserved the original album’s gatefold edition complete with lyrics and added a custom inner sleeve drawn from the band’s very rare “A Tale of Strange Phenomena” press release—limited edition of 1000 in “Ghastly Green” vinyl! For the CD, we enlisted author Chris Morris to interview Paul B. Cutler for the liner notes, and have again incorporated lyrics and the “Strange Phenomena” graphics into the booklet. Our Expanded Edition also includes a non-LP side, “Riboflavin,” a cover of the classic Don Hinson & the Rigamorticians track, plus the “Partytime” single featuring a cover of Alice Cooper’s “School’s Out” on the B-side. Folks have been dying for this one! 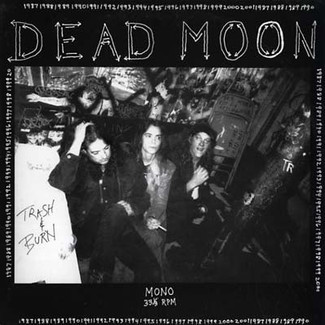