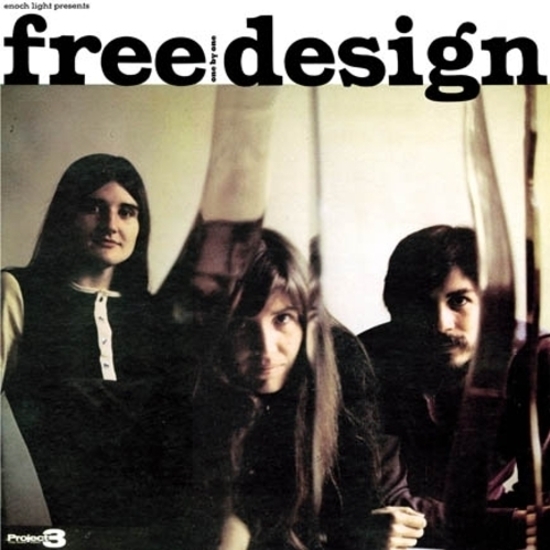 The Free Design return to their roots as a trio, and get bit by the Motown bug, with brilliant funk riffs and lush string arrangements.

Sandy: I can’t help but acknowledge these musicians that we were able to perform with and record with. It’s so exciting even just to watch them. But to watch them and hear them… it’s just amazing.

Chris: It is. Names like Randy Brecker, whose playing all that hot trumpet stuff and double-tracked jazz stuff at the end with the sort of daring rhythms and turn-arounds and so on. Bob Mann played the guitar solo, Andy Mason was on bass, and Billy Cobham, who’s another big name in the jazz world, played drums.

Sandy: Well, I remember first moving to New York before The Free Design even really started, and my dad got us into a recording session of Count Basie’s band, and honestly, I can never forget the way it made me feel. I had no idea we would ever be singing with musicians of that caliber. And a year later we were! It was just amazing.

Chris: There’s vitality and there’s something that happens in the synergy of the musicians being together that impregnates the recording. And I think that’s a big part of the interest in this music, not only whatever freshness or ideas that made us unique, but that we were recording in an era when musicians actually looked at each other and listened to each other and had to get it right all together. There was a focus and a camaraderie that has been minimized in many recording situations.