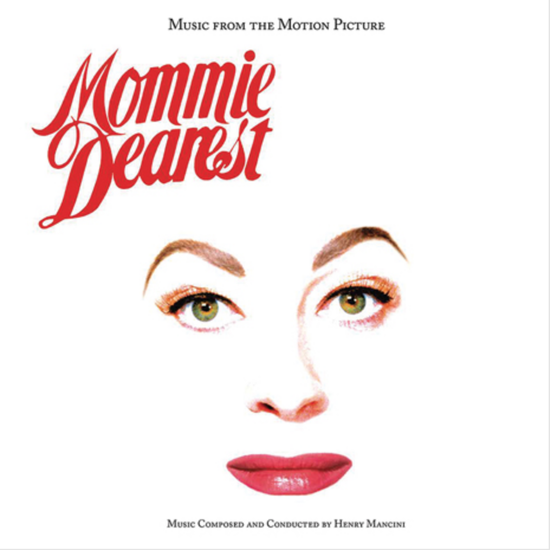 Christina Crawford’s controversial memoir about the abuse she suffered at the hands of mother Joan Crawford spawned an even more controversial movie starring Faye Dunaway as the Hollywood diva. Panned by many, Mommie Dearest won (?) an award for the worst movie of the ‘90s, and to this day is loved/loathed for being an over-the-top camp cult classic. But one aspect of the movie was universally hailed: Henry Mancini’s elegant score.

Fashioned to re-create the classic film themes from ‘40s and ‘50s dramas by such composers as Bernard Herrmann, Alex North, and Elmer Bernstein, Mancini’s work is a model of restraint, balancing passion and pathos while commenting and adding texture to the emotional extremes being displayed on screen. As always, Mancini’s command of orchestral color is masterful, and while none of the melodies here are quite as scene-stealing as, say, his work on Days of Wine and Roses among his darker-themed movies, he does save quite a punch for last with the penultimate “No More Pain” track. For this, the FIRST-EVER VINYL RELEASE of this classic score, Real Gone Music has designed a gorgeous gatefold cover featuring production stills. Limited edition of 1200 in very, very clean white vinyl!