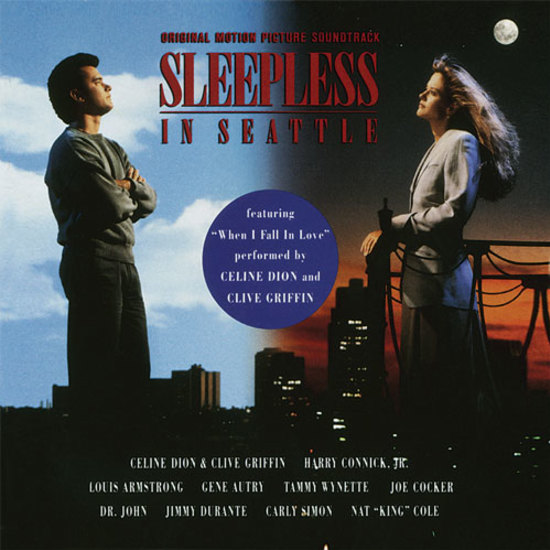 One of the great trio of romantic comedies starring Meg Ryan that were written and/or directed by the late Nora Ephron (When Harry Met Sally and You’ve Got Mail being the other two), 1993’s Sleepless in Seattle was arguably the most romantic movie of its generation, and its soundtrack was a big reason why. With artists old (Louis Armstrong, Nat “King” Cole, Gene Autry), new (Céline Dion, Harry Connick, Jr.) and somewhere in between (Carly Simon, Joe Cocker, Tammy Wynette), the movie’s array of songs (many chosen by Ephron herself) appealed to hearts of every vintage and tastes of every stripe, and the tunes themselves represented the best that the Brill Building and Nashville had to offer. Indeed, the film re-introduced a whole new generation to the unique charms of Jimmy Durante with his renditions of “As Time Goes By” and “Make Someone Happy” over the opening and closing credits, respectively, resulting in a boomlet of enthusiasm for the work of the ol’ Schnozzola. The music was so powerful, in fact, and so integrated with the screenplay that it helped gloss over the incredibility of the film’s premise, which, as you might recall, had Meg Ryan falling in love with Tom Hanks, a stranger she had never met, merely from hearing him being interviewed on a radio talk show on Christmas Eve. But such fantasies are what movies are made for, especially romantic comedies, and for this first-ever release of the soundtrack to Sleepless in Seattle on LP, Real Gone Music have tried to capture some of that “stardust” with a blue vinyl edition limited to 1000 copies.