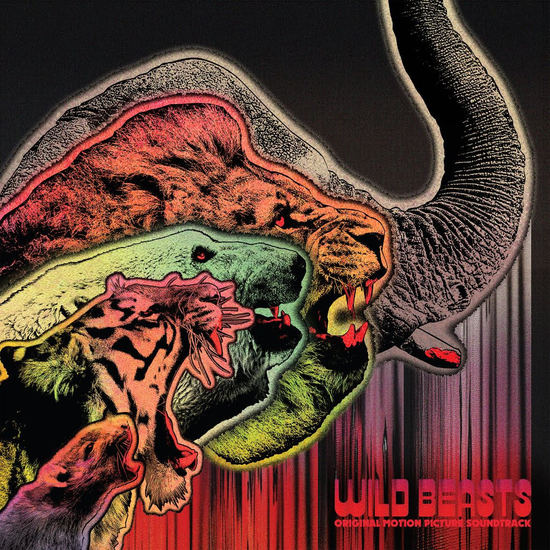 Death Waltz Recording Company is proud to present WILD BEASTS this marks the first time that Daniele Patucchi’s score has ever been released on vinyl. A bona fide Italian horror masterpiece. Directed by Franco Prosperi (MONDO CANE). Released in 1984 the story sees a batch of PCP leaked into a zoo’s water supply infecting the animals who band together and rise up to destroy their captors. It’s one of the greatest nature run amok films ever made and is in turn thrilling, revolting, scary and hilarious. Patucchi is one of the most underrated Italian composers for some reason but we here at Death Waltz want to change that with several release lined up in 2017/18. His work here undercuts the wild action and is actually quite sombre in tone, armed with a battery of synthesisers and processed animal effects he manages to craft a score that is a world away from the usual Italian soundtracks that graced films in this period. Long droning bass tones underpin some sumptuous sax and some back breaking synth drums literally destroy everything in their path. We won’t lie, this score requires patience, but spend time with it and you begin to love it for the chances it takes.