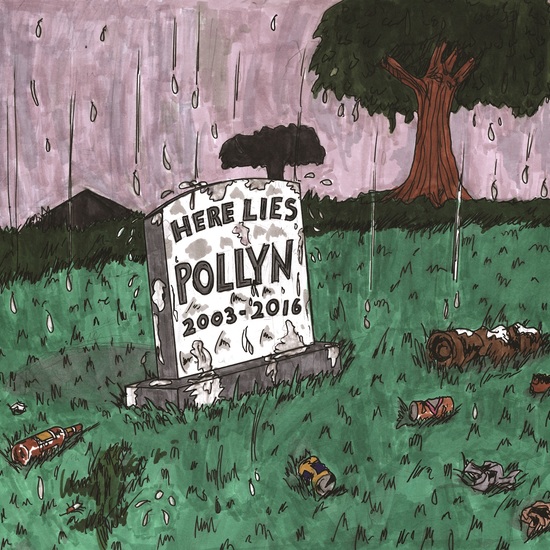 Here Lies Pollyn, a band which never got the dues they deserved, a band whose influence stretched around the world, a band who can count Hot Chip as fans, but also a band who concentrated on the music instead of arbitrary processes like promotion. This has left them with three critically-acclaimed albums, a little black book full of their own musical heroes as fans and one final brand new single: ‘Findaway Ft. Alexis Taylor’. The anthology, that most bands would be proud to produce, is now presented as a digital download or an impressive three vinyl package as Here Lies Pollyn 2003-2016.

Pollyn are quite simply effortlessly cool, a band’s band – if you like – which has led them to work with artists from all over the planet. This is hugely evident on the bonus Remix Album which accompanies this anthology release as it boosts remixes by Matthew Herbert, Dan The Automator and Moodymann to name just a few.