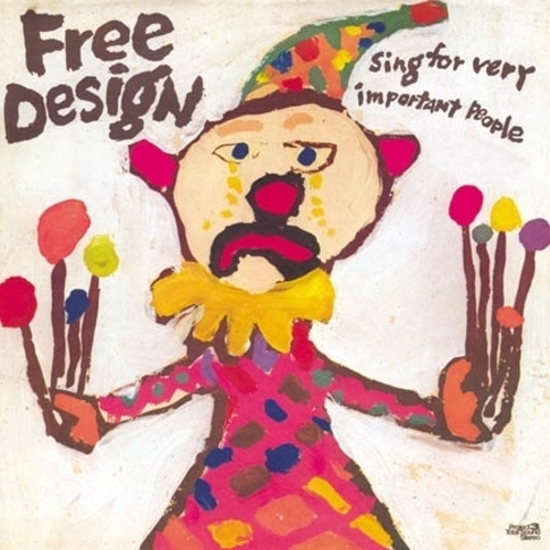 The Free Design make childhood a bit more psychedelic with this 1970’s children’s album, featuring many of the group’s classic favorites, plus a number of new cuts!

Back in 1969, we were all big fans of PPM and when Mary Travers became a mother, they released the Peter, Paul and Mommy album. I think it was one of the seeds that resulted in the germination of the Free Design Sings for Very Important People album. Other contributing factors included the fact that we were all parents by then and that several (“Bubbles”, “Kites”, “Daniel Dolphin”) of our songs already on our other albums were ideal for a children’s album. Our father, Art Dedrick, a prolific composer of Concert Band, Jazz Band and Choral music had a song he had written years before called “Little Cowboy” that was perfect for the album and Sandy’s “Love You” fit right in. Sesame Street the TV program was in full swing and that theme was one we had fun with in the studio. The album is full of lyrical references either to our childhood or that of our own children.