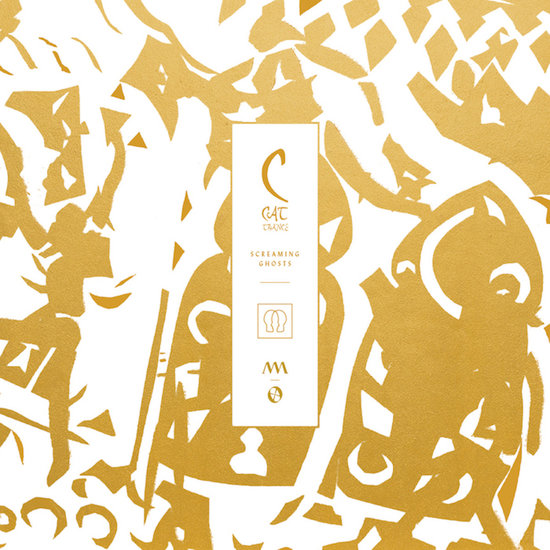 Emotional Rescue and Malka Tuti join forces to bring a collection of the music of C Cat Trance. Drawing on the rhythms and melodies of Africa and the Middle East to produce a World Beat across some 6 EP and 4 LPs, here drawn together on a special double LP compilation.

From the legendary Shake The Mind to the percussive, ethnic meets club inspired songs like Sudaniyya or the previously unreleased Some Day Soon, the album highlights a project that stood out from the post-punk haze with striking scales and time signatures to develop a unique sound.

Formed by world music fan and multi-instrumentalist John Rees Lewis upon leaving post punk-funk pioneers Medium Medium, the group retained the intensity of the former, but in a considerable new direction. Teaming up with fellow ex-band member Nigel Kingston Stone, together they formed the backbone of the band around a continual stream of guest players.

Exotic, dense, tribal rhythms propel a mixture of club, pop and world music, creating an atmospheric fusion that can be heard across the 12 pieces. The alt-industrial feel of She Steals Cars and Screaming With You is countered by avant-percussive Dalbouka and I Looked At You or the Balearic vibes of Take Me To The Beach and They Made Them Up.

Together they perfectly showcase a dark and moody world music with a shamanic spiritual underbelly that has gained admirers from collectors and latter-day producers. With that a set re-edits, remixes and reversions from latter day heads including Red Axes, Prins Thomas, JD Twitch, Khidja, Die Orangen, Jamie Paton and more will follow.