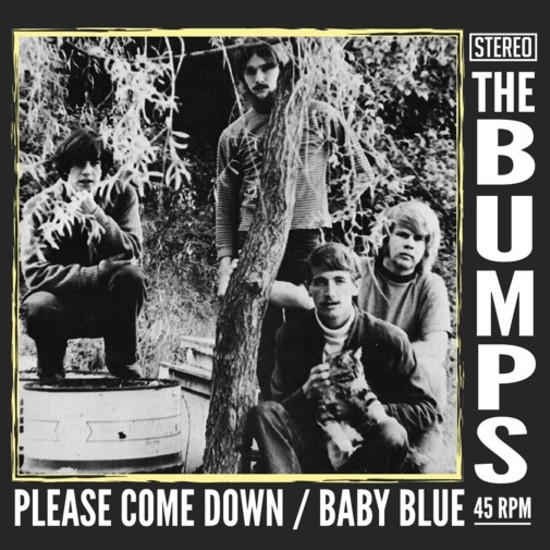 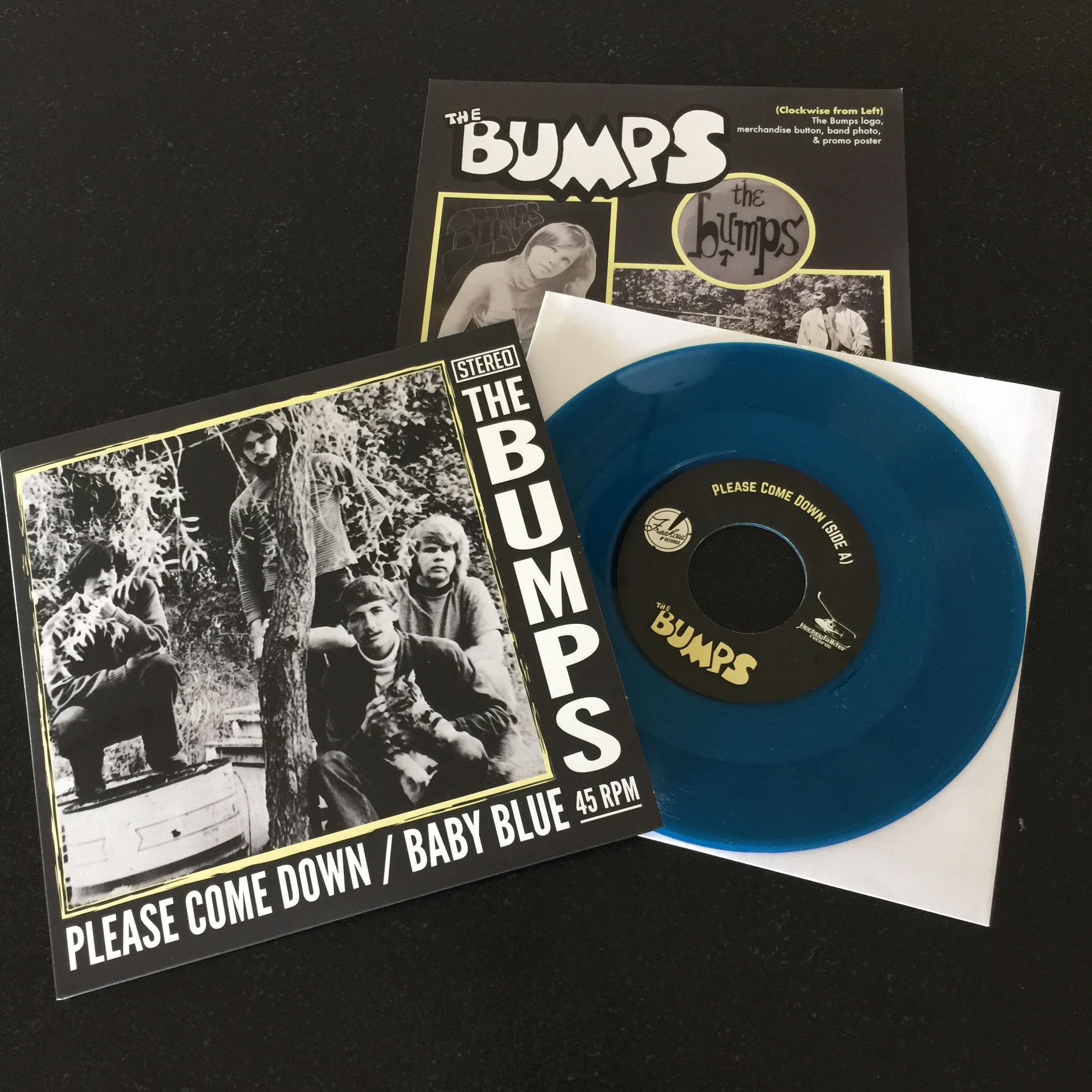 “HAVE YOU EVER BEEN BUMPED?” was the slightly naughty marketing slogan used back in the 1960s by a Northwest teenage rock ‘n’ roll band: The Bumps.

Formed by veterans of a few earlier local combos – including Seattle’s Valients and Oak Harbor’s Checkers – these dudes, like a thousand others, initially modeled themselves after the region’s top dogs: Tacoma’s pioneering rockers, the Wailers. This meant honking out plenty of rockin’-R&B instrumentals, plus “Louie Louie,” at their weekly teen-dance gigs. Formed in ‘65, the Bumps – Larry Richstein (guitar), Gary Walsh (keyboards), John Cleaver (sax/vocals), Bob Greer (bass), and Robert Van den Akker (drums/vocals) – rocked fabled spots like Parker’s Ballroom, Lake Hills Roller Rink, Lynnwood Roller Rink – and even the Green Lake Aqua Theatre where they (along with the Sonics, Merrilee & the Turnabouts, and Don & the Goodtimes) competed in the 1966 Northwest Battle of the Bands Championship.

As the Bumps rose through the ranks they also had opportunities to open shows for touring pop stars like the Beach Boys and The Standells. The times were a’changin’ and the Bumps were among the vanguard of bands playing new local psychedelic-scene venues like The Happening, The Trolley, and The Bummer. In May, at the very dawn of 1967’s Summer of Love, their classic debut 45, “Please Come Down” / “Baby Blue,” was released by Piccadilly Records (a label run by Jerry Dennon who’d issued the Kingsmen’s “Louie Louie” back in ’63). The fuzz-spiked original “Please Come Down” – a plea to some druggy gal who was “flying on wings no one can see” – was coupled with a Dylan gem. As the band bumped along, they cut five more singles while their personnel shifted: one drummer, Steve Moshier, moved on to join the Sonics.