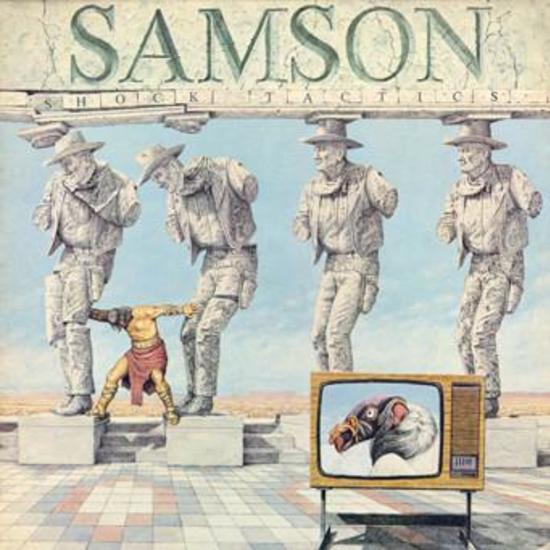 Of all the bands in the New Wave of British Heavy Metal movement, Samson takes the woulda/coulda/shoulda been big stars prize. The band’s talent and theatricality were undeniable; guitarist and singer Paul Samson had replaced Bernie Tormé (of Gillan fame) in the band Scrapyard before founding Samson, which soon enlisted the lead vocal talents of a certain “Bruce Bruce” a.k.a. Bruce Dickinson, soon to be of Iron Maiden. Throw in bassist Chris Aylmer and drummer Thunderstick, who performed inside a metal cage wearing a gimp-style mask, and this was an outfit seemingly destined for big things. But, constant promotional gaffes (e.g. booking them on tour with an ill-matched Robin Trower) led the band to terminate their contract with management, who promptly brought an injunction keeping them off the road. Then, their label (Gem) went bankrupt; as Dickinson says, they “made every mistake in the business.” In the midst of all the turmoil, though, the band made its third and finest record, Shock Tactics, which was ably produced by AC/DC producer Tony Platt; but, as Iron Maiden was recording next door at Battery Studios in London, the two bands became friendly, and Dickinson left Samson for Iron Maiden just as Samson received big offers from A&M and RCA, which were instantly withdrawn upon his departure. So, classic music industry saga…classic British Heavy Metal! Real Gone Music is proud to present Shock Tactics in “Crimson Loincloth” vinyl limited to 700 copies and including the original album insert—first-ever vinyl reissue! 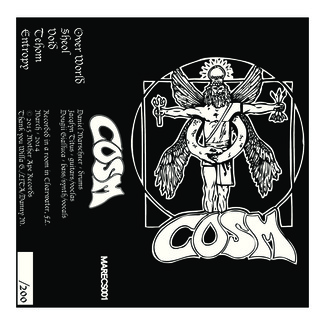