Return Of The Giant Slits

Return of the Giant Slits

Labeling The Slits groundbreaking just doesn’t (pardon the pun) “cut” it. No other post-punk band was as confrontational—an all-female trio calling themselves The Slits and posing muddily topless on their debut album cover was about as in-your-face as a feminist statement gets—or as determinedly uncommercial. Indeed, after being dropped by their label, Island, despite having made Cut, of the signature albums of the era, Viv Albertine, Tessa Pollitt, and Ari Up treated Sony, their new label, to an even more radical record, 1981’s Return of the Giant Slits. Already far removed from the male-dominated, louder-faster ethos of punk rock, The Slits, with new drummer Bruce Smith of The Pop Group and multi-instrumentalist Steve Beresford in tow, added world music and free jazz to Up’s Ono-esque ululations, Albertine’s skittering guitar, and Pollitt’s dub-wise bass rhythms. Predictably, Sony dropped the record like a hot potato, not even bothering to release it in the U.S., and it has only been intermittently available on CD in the 35-plus years since. But the reputation of Return of the Giant Slits has continued to grow, with Albertine herself recently commenting, “It’s more experimental than Cut and brings in even wider musical influences. In some ways, I think it’s a better record.” Now, Real Gone Music is “returning” Return of the Giant Slits to availability in two ways: a compact disc release featuring new liner notes by John Dougan and a fresh remastering by Maria Triana at Battery Studios in New York, and a fluorescent yellow vinyl edition limited to 1000 copies that includes the original printed inner sleeve. Either way, this record demands to be in your collection. 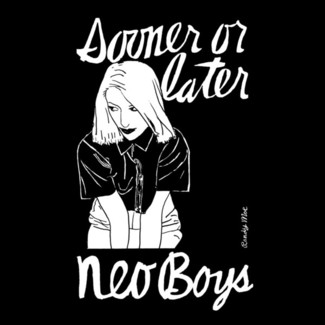