Atmosphere For Lovers And Thieves 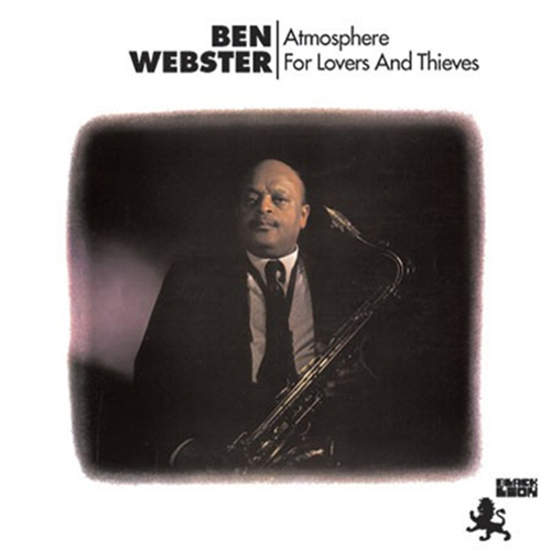 Atmosphere For Lovers and Thieves

Ben is still a whale of a tenor player, his approach for the ballads being as poignant and lyrical as ever. On such romantic tunes as My Romance and What’s New that breathy tone and broad-beamed phrasing are well in evidence, whilst the underlying humour and swing are more to the fore in the more mus­cular Easy To Love. Autumn Leaves is great Webster. The tempo is exactly right and Ben is in the groove from the start. The pianist is a long way away from Ben’s beloved stride men, but he swings gently and forms nice background patterns for the tenor player’s improvisations. The bass has been somewhat heavily recorded, but his drive is admirable nevertheless.

Stardust, a lovely tune but sometime a drag for jazz improvisation, shows that Ben is a real master of flowing, keenly phrased ballad construction. Yesterdays is played so close to the microphone that momentarily I sus­pected a gas leak. But Ben always has that aerated vibrato well under control, and never overdoes what has throughout the years be­come something of a mannerism in his play­ing.

The best track, by far, is Duke’s Blue Light (later Transbluency), where if ever a man sang the blues on his instrument, this is it. Ben’s solo choruses are peerlessly construct­ed, and the final one is a real cry from the heart. Meyer’s band give him such excellent support that one could wish more were heard from them. There is a splendid trombone chorus from Darville, the pianist plays most sympathetically, and the ensembles sound full and warm. But mostly this is Ben in his most devastatingly romantic mood. The tunes are, by-and-large, well worth doing, and anyway Ben makes them sound that way. Nothing ever rags, the pulse is always strong and the accompaniments well suited to Webster’s lustrous, lusty blowing.