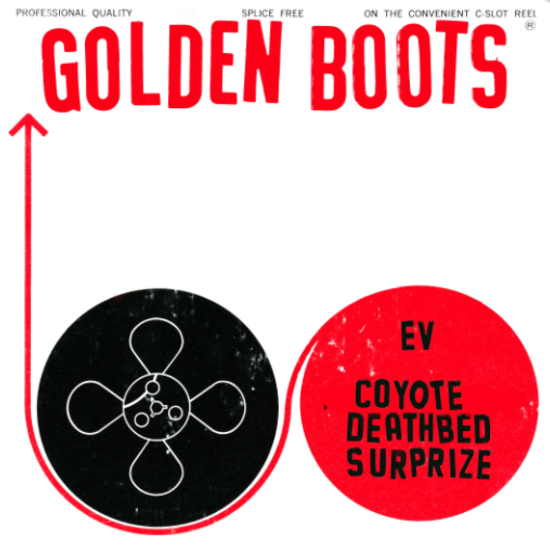 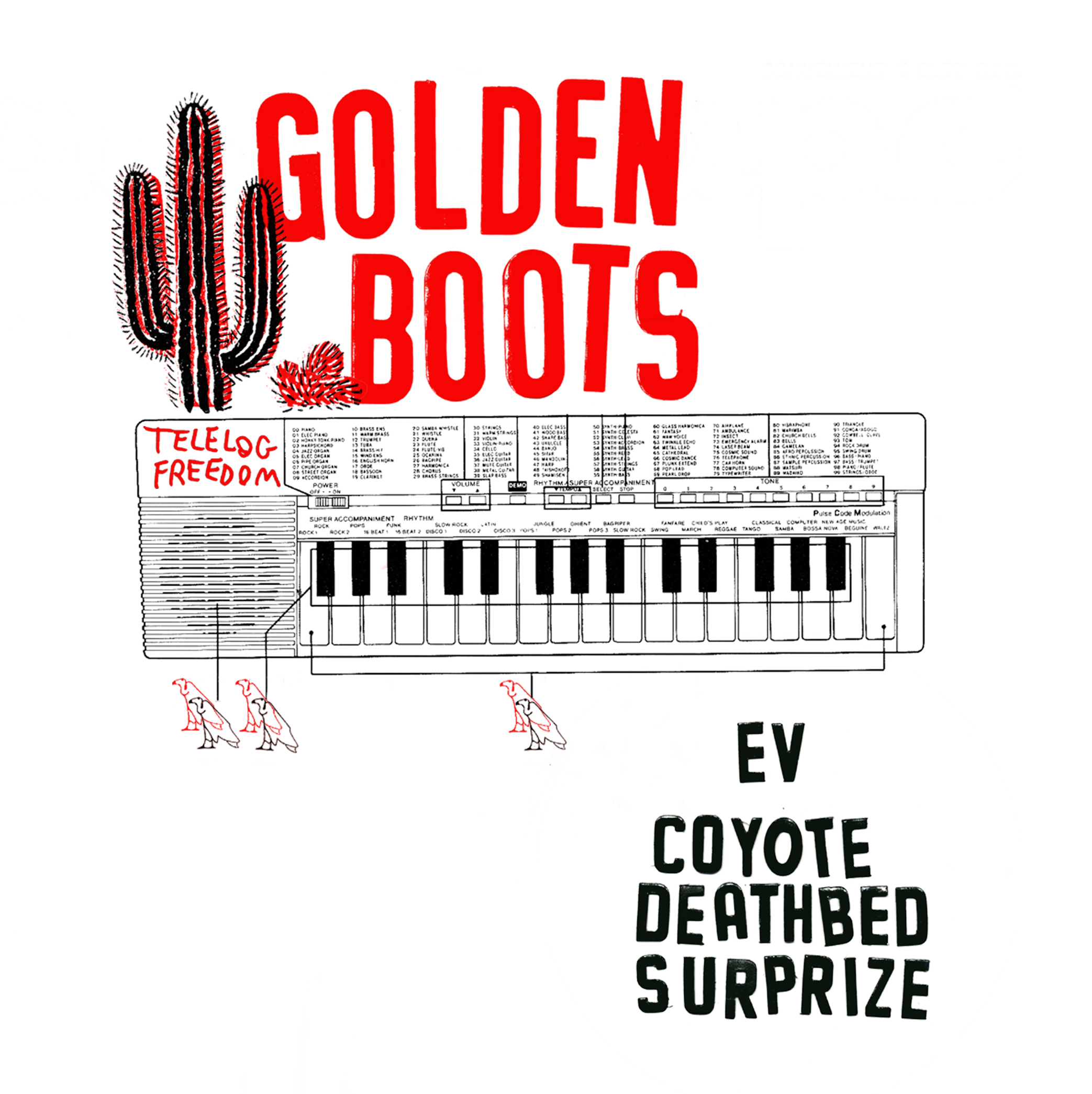 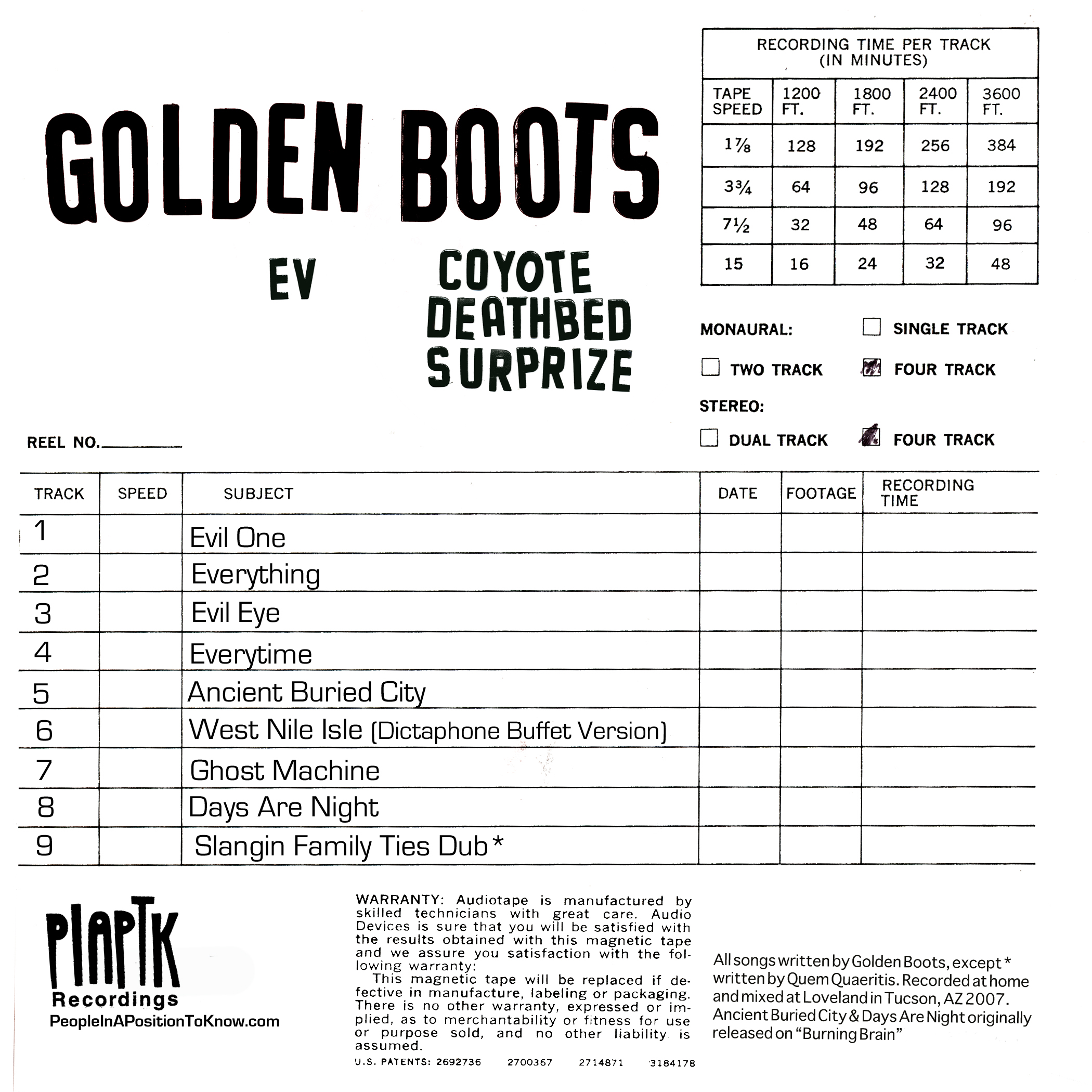 Throw Mutations-era Beck, The Monkees, and Gram Parsons into a blender and you would get something roughly equivalent to Tucson, AZ’s The Golden Boots. This record has a couple of very peculiar qualities: SIDE A – PLAYS FROM THE INSIDE OUT! SIDE B – HAS DOUBLE GROOVES that run parallel, meaning that if you put the needle down on the lead-in groove, you will play either the odd or even grooves, and each set of grooves has a different set of songs.