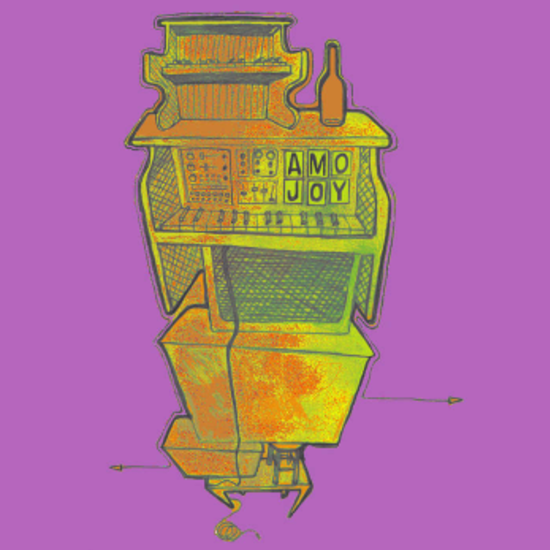 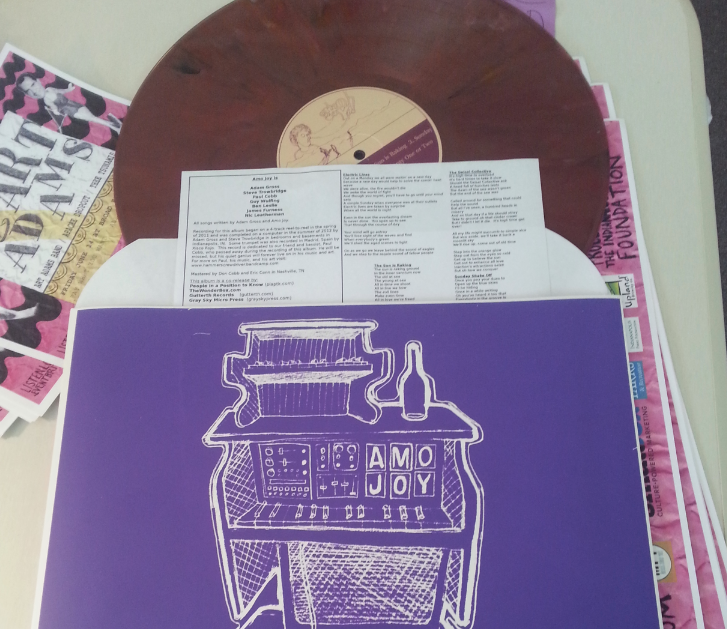 The new LP from Indianoplis pysch poppers, Amo Joy! A split release from 4 labels; PIAPTK, Wonderbox, Gutterth, and Grey Skies Micropress. All labels are run by dudes named Mike… no joke. Recording for this album began on a 4-track reel to reel in the spring of 2011 and was completed on a computer in the summer of 2012. All songs written by Adam Gross and Amo Joy. Recorded and mixed by Adam Gross and Steve Trowbridge in bedrooms and basements in Indianapolis, IN, though some trumpet parts were recorded in Spain. Mastered by Don Cobb and Eric Conn in Nashville, TN.