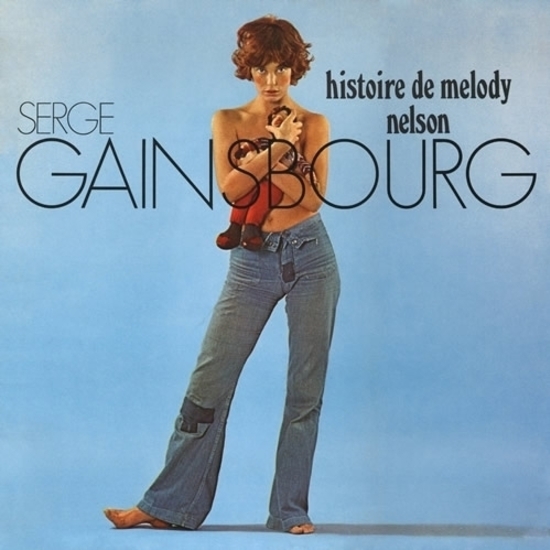 THIS RELEASE IS ONLY AVAILABLE TO CUSTOMERS IN NORTH AMERICA

“There’s an ambition, a conceptual depth to Melody Nelson that’s incredibly hard to pull off but which Gainsbourg does completely. It’s very cool and its dynamic is genius…It’s one of the greatest marriages of rock band and orchestra that I’ve ever heard.”
- Beck

Sex has always sold, but presented with a landmark musical backdrop, the combination is rare as finding the elusive “G Spot”. Quite often, attempts fall flaccid, missing the titillating mark by a mile. But French icon and national treasure Serge Gainsbourg is no stranger to sexual proclivities, and with his 1971 Histoire De Melody Nelson he shared an erotic tale as seductive today as the day it was released. With help from actress, amour, and inspiration Jane Birkin, arranger/conductor and co-conspirator Jean-Claude Vannier ("L’Enfant Assassins Des Mouches), not to mention a tight hand picked crew of top shelf UK session musicians, Nelson is often cited as Gainsbourg’s master work, an essential album for the discerning music lover.

Light In The Attic’s reissue of Histoire De Melody Nelson finally gives this still radical record the respect and attention to detail it so rightfully deserves. For the first time ever, this lavishly packaged and true to the original artwork CD and 180 gram LP reissue contain extensive English liner notes and content explaining the times and tales behind the making of this passionate platter. Dispelling countless myths, hearsay, and rumors surrounding Nelson, New York-based writer Andy Beta contributes a stylish essay for your edification while Finders Keepers’ honcho and Twisted Nerve founder Any Votel shares his deep knowledge of Gainsbourg and the Gallic/UK music scenes with great insight – never before have these stories been told. The maestro himself even chimes in with a period Q&A interview from France’s Rock N Folk Magazine.

So as we said before, sex sells, and yes, we are buying. With its massive inspiration reaching out to the quintessential rap of De La Soul and The Beatnuts to like-minded and eclectic singer-songwriter, Nelson continues to entrance. Light In The Attic looks forward to continuing to spread Gainsbourg’s provocative message to thrill seekers the world over…