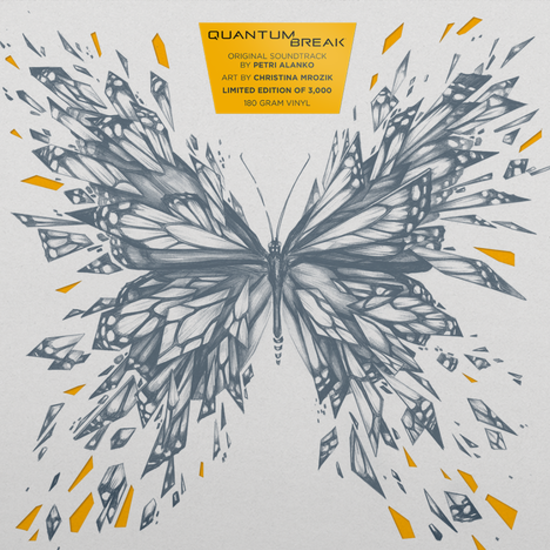 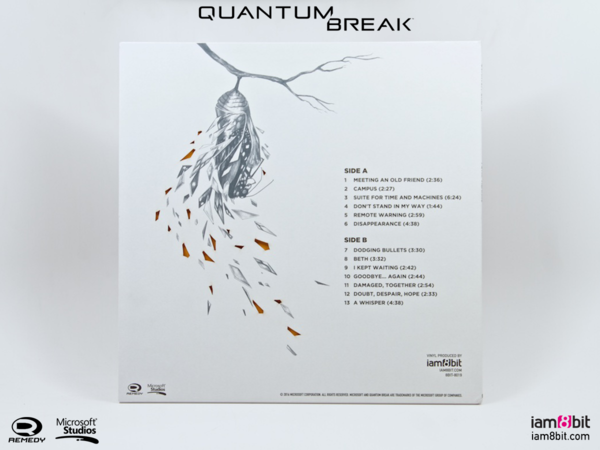 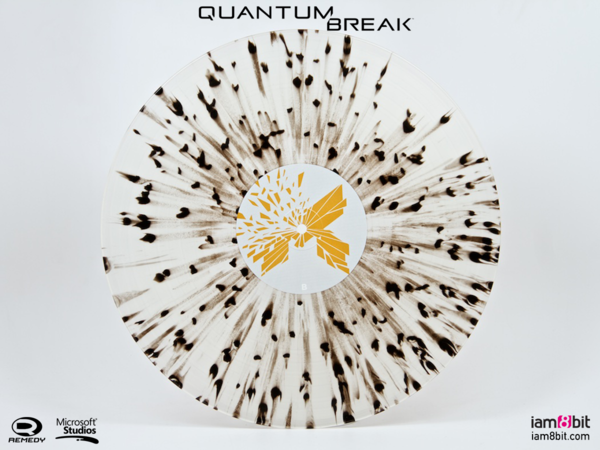 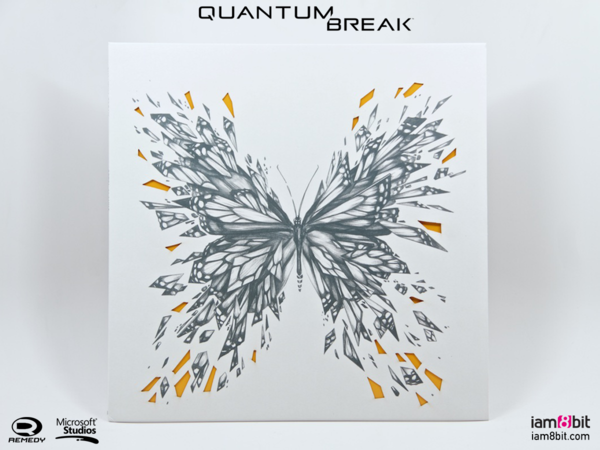 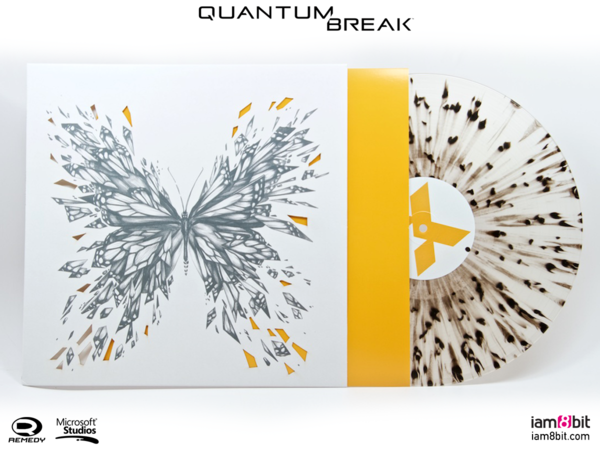 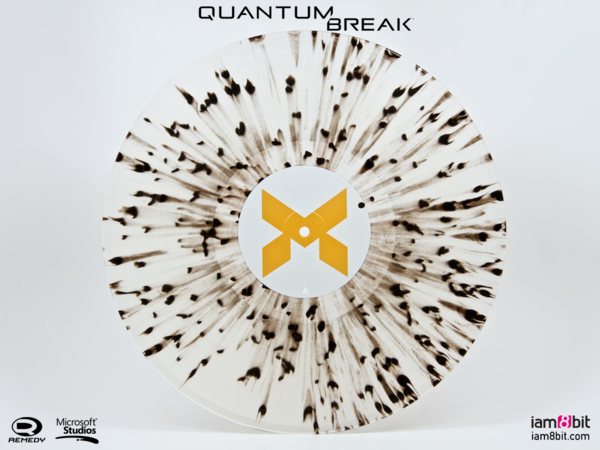 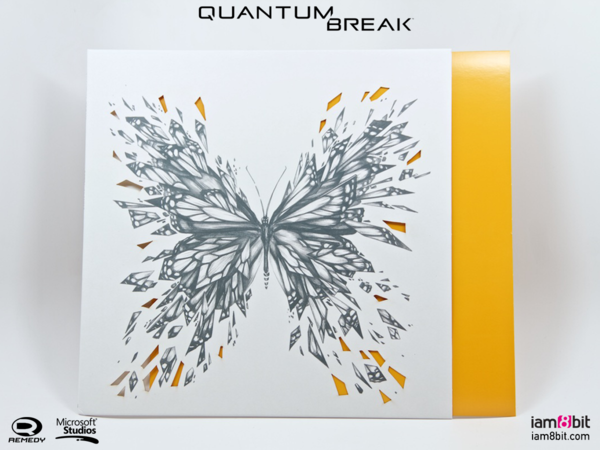 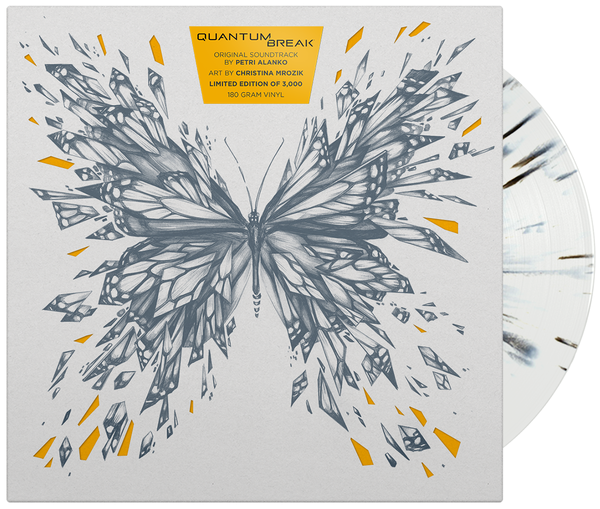 iam8bit, Microsoft Studios and Remedy have teamed up to bring you the futuristic and heart pounding score from Quantum Break on vinyl.

The soundtrack explodes with kinetic beats from acclaimed composer, Petri Alanko (Alan Wake, Imaginaerum – The Movie). The range of the sound is impressive – from melodic symphony and to futuristic intensity, packing a lot of scope into a single disc.

We’ve mastered the audio specifically for vinyl at Telegraph Mastering Studio. The records are 180-gram heavyweight vinyl, making them less prone to warping over time.

Artist Christina Mrozik, notable for her immaculate inks, has created divisive splendor in the album design, featuring diecut shards that allow the interior sleeve to peek through. The butterfly is particularly important to the in-game insignia of the Monarch Corporation, the empirical outfit responsible for shattering time and space as we know it.