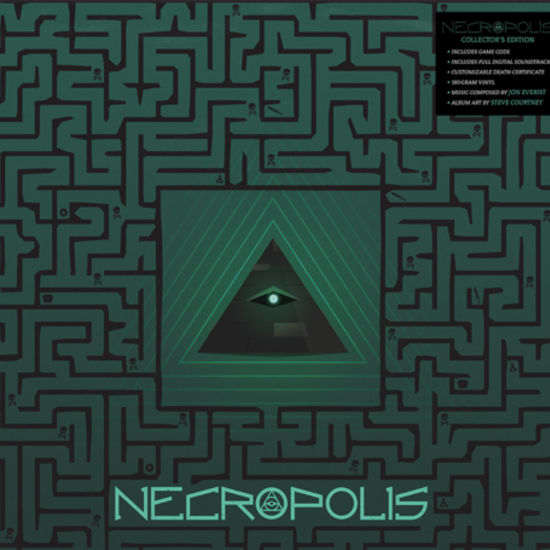 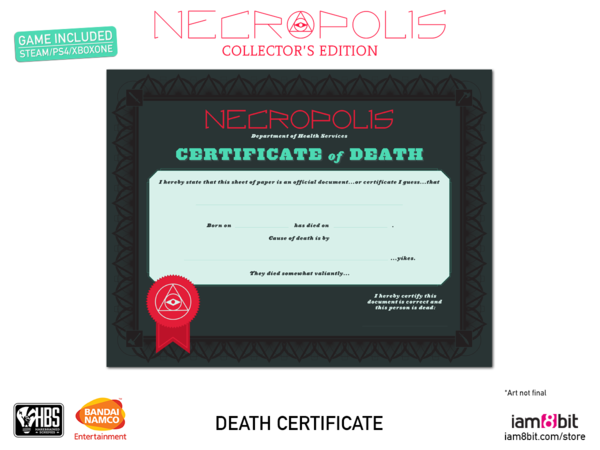 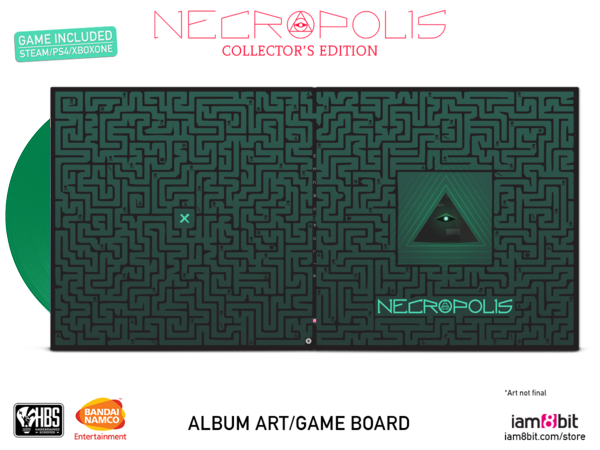 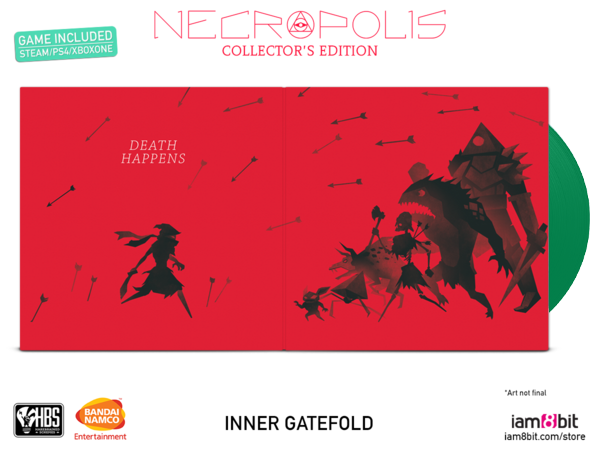 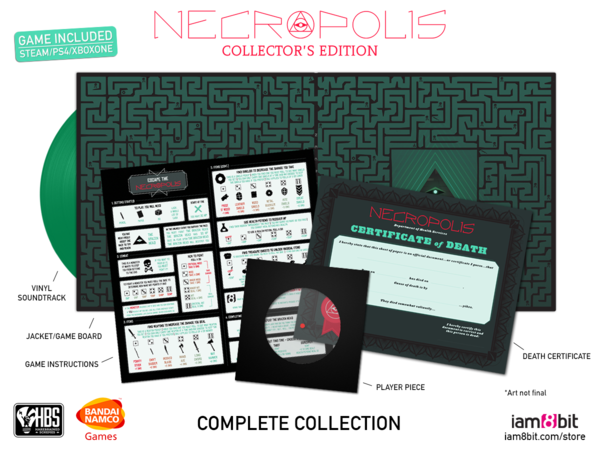 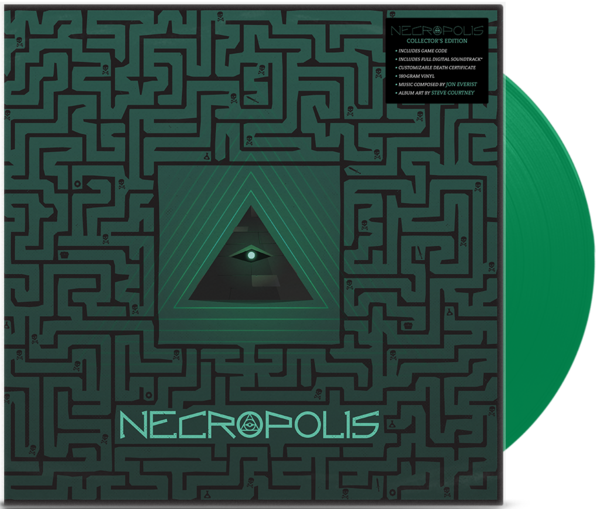 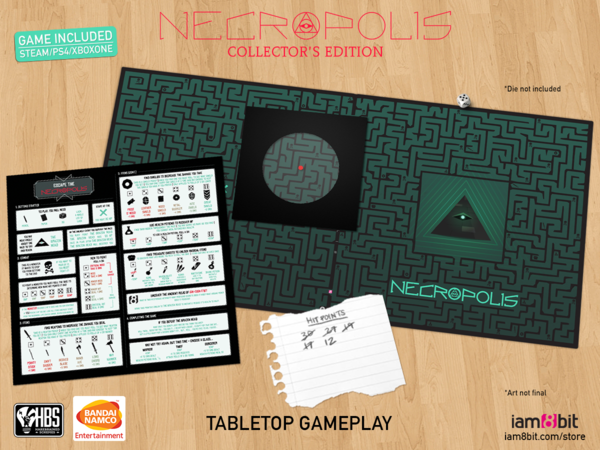 iam8bit, Harebrained Schemes and BANDAI NAMCO are collaborating to bring you the NECROPOLIS Collector’s Edition. This rather unique vinyl package contains a plethora of rad stuff, including:

Album Art – designed by Steve Courtney, this unique cover pays homage to the punishing, maze-like architecture of the game. In addition to its engrossing artwork, the jacket features an embossed logo and a die-cut Brazen Head pupil that reveals a pop of fluorescent color beneath (on the sleeve).

Pen-and-Paper Dungeon Crawler – The album art doubles as a classic D&D-style game, including an instruction sheet and player piece. Players beware – it’s nearly impossible to navigate the maze without dying, but those who do will revel in the hard won bragging rights of success.