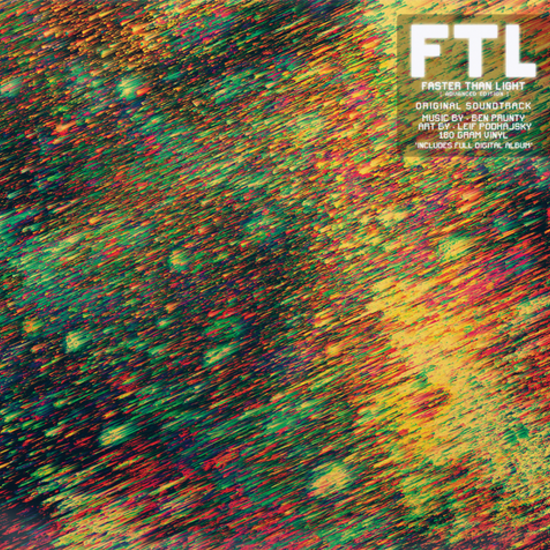 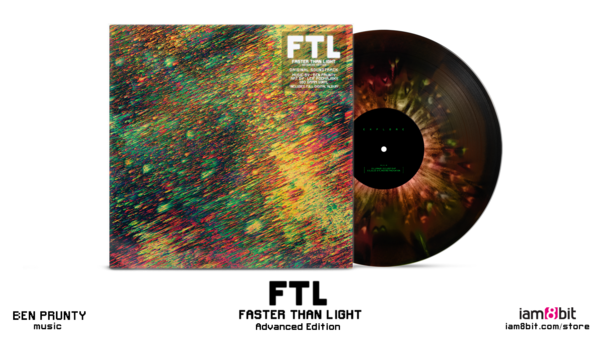 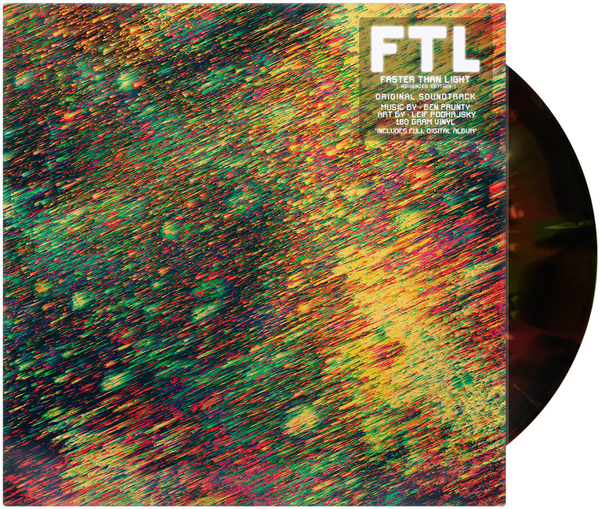 We’re thrilled to unveil this very limited pressing of FTL: Advanced Edition (of only 1,000 copies). This vinyl is comprised of all the music added to FTL as part of the Advanced Edition update, plus a bonus track, Colony Ship. According to Prunty: Colony Ship was written in 2008, long before FTL, and was eventually reworked from scratch into MilkyWay.

Artist Leif Podhajsky returns to design an album cover, making this a lovely companion to the original 2xLP release. Leif’s pedigree includes album art for many top labels, including famed rock group, Tame Impala. He was also nominated for a Grammy award this year for his package design on Beneath The Skin by Of Monsters and Men.