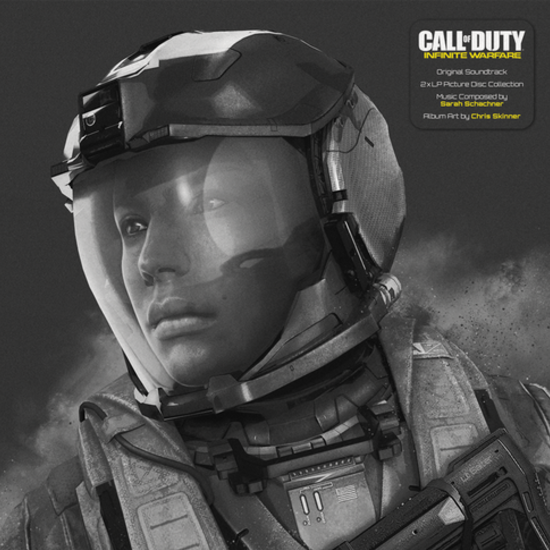 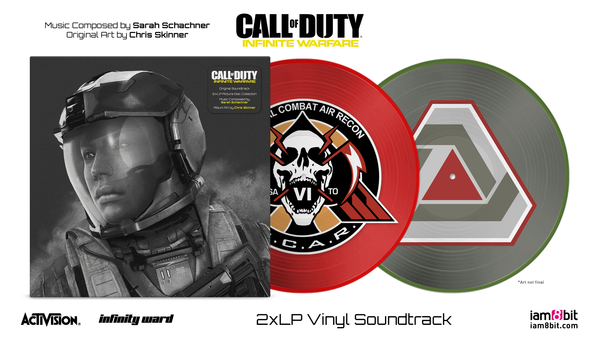 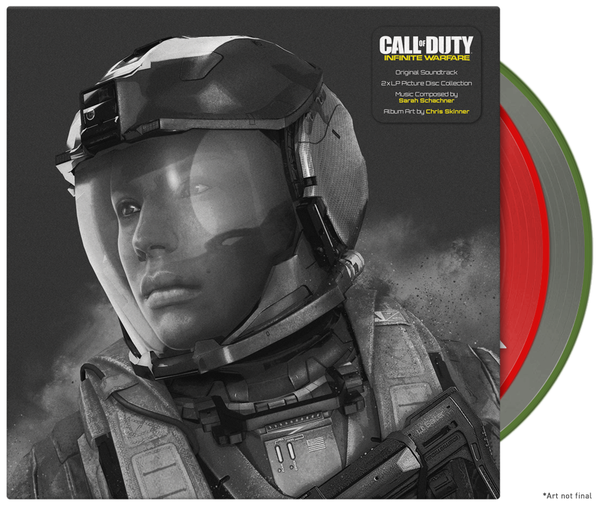 “Instead of concentrating on the epic vastness of space, the music aims to capture the loneliness felt in space and the burdens of war. The score is equal parts electronic and orchestral. It combines cold and aggressive analog synths with small, intimate string sections and a gnarly low brass ensemble. A lot of the percussion is from metallic found objects. It’s not a traditional score by any means. We wanted to do something different than the typical epic orchestral action sound.” – Sarah Schachner, Composer for Call of Duty: Infinite Warfare

iam8bit has teamed up with Infinity Ward and Activision to mint the music of Call of Duty: Infinite Warfare on wax. The moment we heard composer Sarah Schachner’s epic score, tinged with sci-fi subtleties and big orchestra crescendos, we couldn’t shake its trappings.

During development, the Infinity Ward team fell in love with Chris Skinner’s illustrations, so it only made sense to recruit him for the album design. Skinner’s skills are uniquely honed – deft at inking detailed vehicle battle scenes, but also the intricacies of the human condition. It’s a classy match for the Call of Duty universe.

As with all iam8bit vinyl releases, the music is mastered specifically for vinyl audio supremacy.