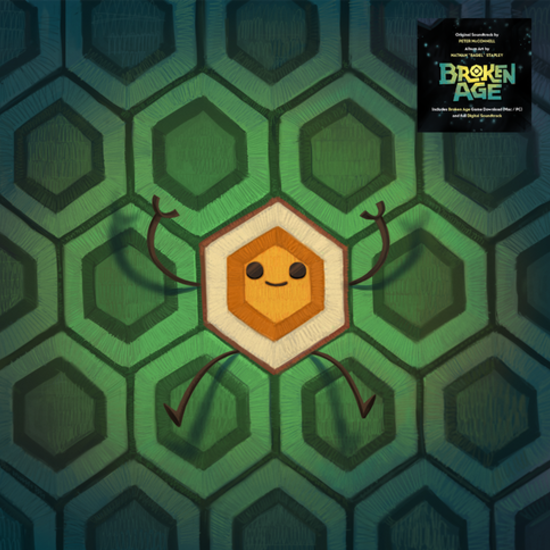 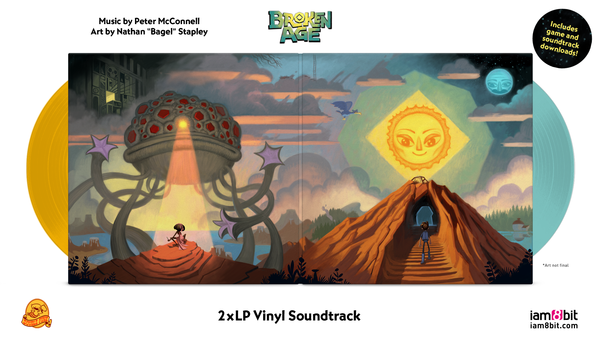 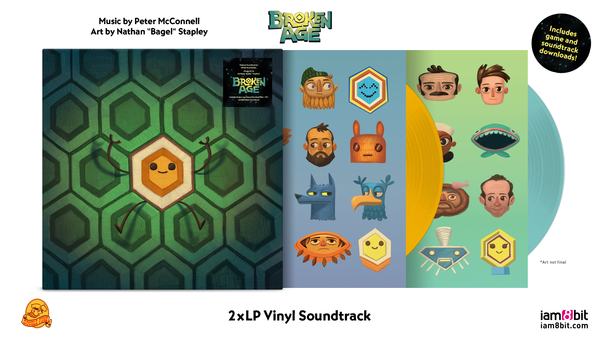 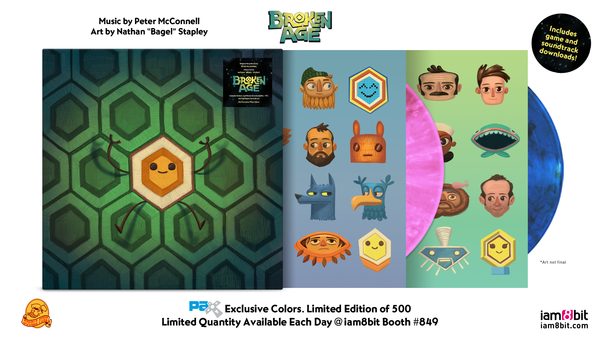 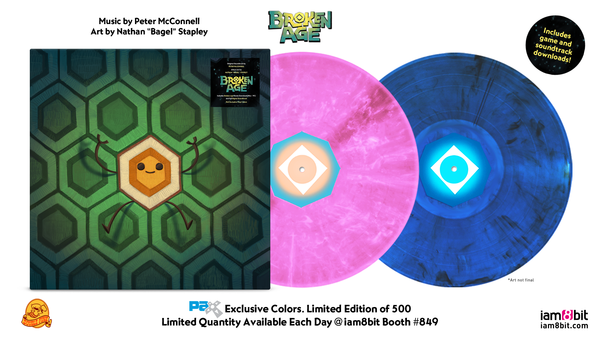 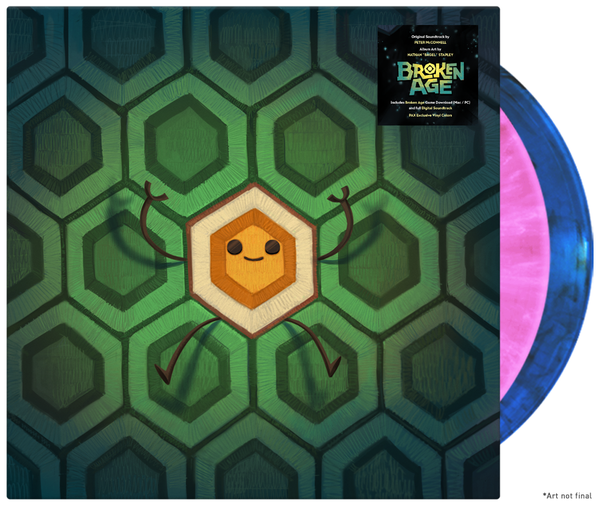 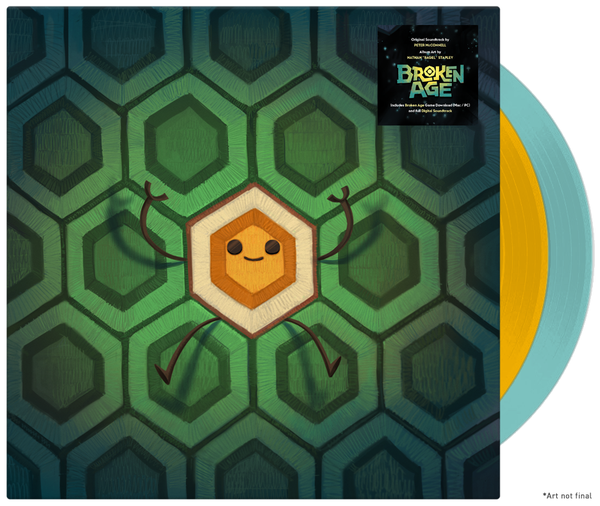 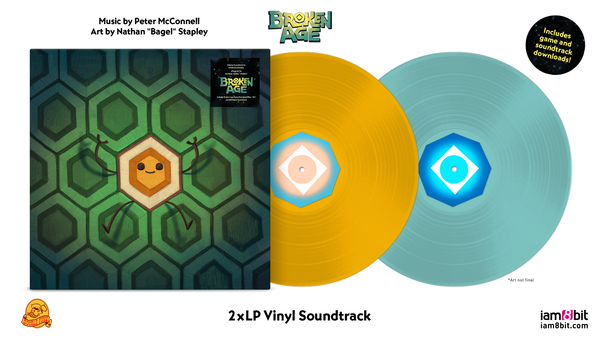 You may know Broken Age because it was spawned from the brainhole of Double Fine’s Tim Schafer, promising to bestow the good feelings of point-and-click adventures of 1980’s folklore upon all that encountered it.

Sure, it’s a humble homage to those games of yesterday, but that doesn’t mean Broken Age is a story without SCOPE. Hell, it’s BRIMMING with SCOPE… which is accentuated by composer Peter McConnell’s demands for a giant orchestra. He got that band of classy musicians with Melbourne Symphony Orchestra, and luckily, everyone did a standup job making amazing music.

It also made a hell of a lot of sense to ask Nathan “Bagel” Stapley to design completely original album art, simply because he designed so much other art for the game itself. Yes, he worked on the game. That’s why this paragraph makes sense. Of note: the package is embellished with a raised spot gloss and soft-touch paper material, which in packaging terms, means we somehow managed to make Bagel’s art look even more spectacular by tantalizing your tactile sensors.

As with all iam8bit vinyl releases, the music is mastered specifically for vinyl audio supremacy – this time by Telegraph Mastering Studios in Portland Oregon. The records were pressed by our good friends at Cascade Record Pressing not too far away in Milwaukie, Oregon. The final result is a crisp and beautiful pressing that’s not to be missed.