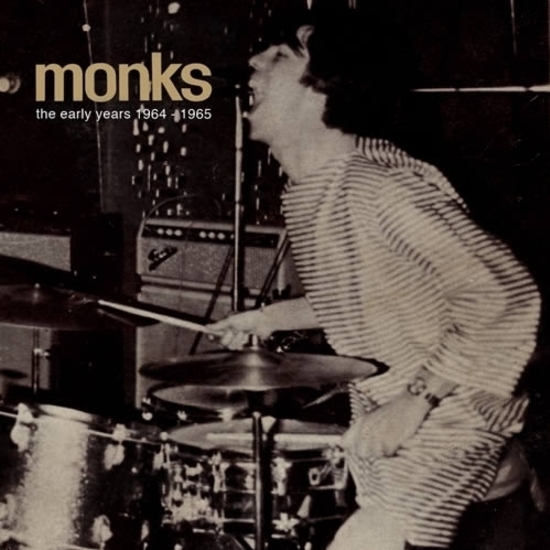 “Their melodies were pop destructive and must be played to your younger brother”
- Jack White, The White Stripes

“The Monks will always be a great band”
- Colin Greenwood, Radiohead

Today, “garage,” “psych,” and “punk” are three overused words to say the least. They’re dropped from every direction to brand, market, and sell, but looking back to the mid-1960s, there was only one group of musical mavericks that clearly defined them. The Monks were five beat playing American GIs stationed in Germany who, after their discharge, decided to stay and continue their musical mission. Meeting up with a team of local managers, they transformed themselves and their sound into a holy racket like the world had never known. This five-person order literally birthed the above genres through a fuzz-drenched evolution of sound, bursting with social commentary and future primitive rhythms. Krautrock? It started here. Do we hear non-believers? We are NOT making this up. If you aren’t already converted, it won’t take long…

Light In The Attic is ecstatic to present the Monks recorded legacy through two lavishly packaged and lovingly researched reissues (available on CD, LP, and digital download): The Early Years 1964-1965 as well as their landmark studio album Black Monk Time. Numerous period photographs (many unseen) and an extensive two-part essay by Canadian music journalist Kevin Howes (Jamaica – Toronto series) accompany both releases and tell the Monks story like it has never been told. Bonus material dating back to pre-Monks Torquays and up to post Black Monk Time 7"s are also included. From “Shut Up” to “Boys Are Boys”", “Complication” to “Cuckoo,” worlds will collide before your very eyes. Press play, drop the needle, zone in, and see for yourself. And while there’s no need to shave your head, you’ll certainly flip your wig. Come on everybody, it’s Monk Time!