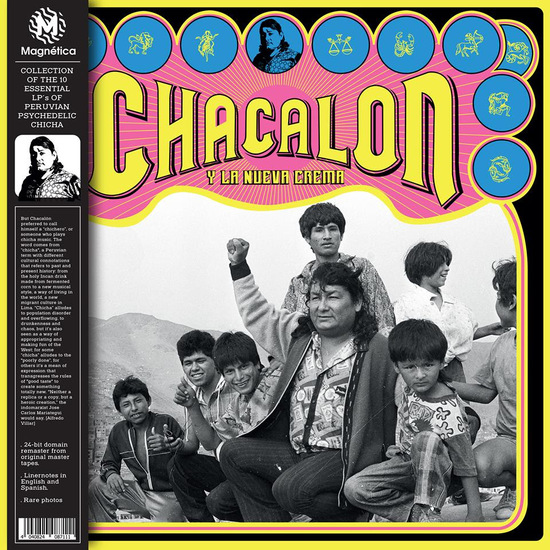 Chicha music is neither a replica or a copy, despite using Western instruments, such as the electric guitar, bass, drums and organs, and mixing them with cymbals, congas and tropical Guiros. Chicha music has indomestizo elements (like Huayno music) tucked deep in his blood. Listen to the powerful cries of Chacalon and you will hear the heartfelt music of Huancayo; listen to his delicate voice breaks and you will hear the sweet music of Ayacucho. The mix of delicacy and strength and rural and cosmopolitan elements, is part of the secret of seduction that chicha music has had over the masses.

Aside from use of electric instruments, rock music has influenced chicha music in other ways. Chacalón’s band was called New Cream as a tribute to the British band Cream. Their use of powerful fuzz tones and wah-wah pedals for acid riffs and catchy solos, are the echoes of a rebellious music that wanted to silence the noises of a marginalized and exploitative city atmosphere debased by the most savage capitalism. “I seek a new life in this city / where everything is money and there is evil,” reads “Provinciano”, Chacalon’s most famous songs.

It’s because lyrics like these that people saw Chacalón as a messianic figure who sang about the promise of a new life. He sang about pain, alcohol and betrayal, but also about solidarity, love and hope. Chacalon sang to the most marginalized part of society, the lumpenproletariat, and not the middle class or the wealthy. Lorenzo Palacios did not see differences between those who complied with the law or those who transgressed it, because in marginality, survival is the only rule and the boundaries between good and evil become very subtle. "Eat first, then morals,” said Chacalon.