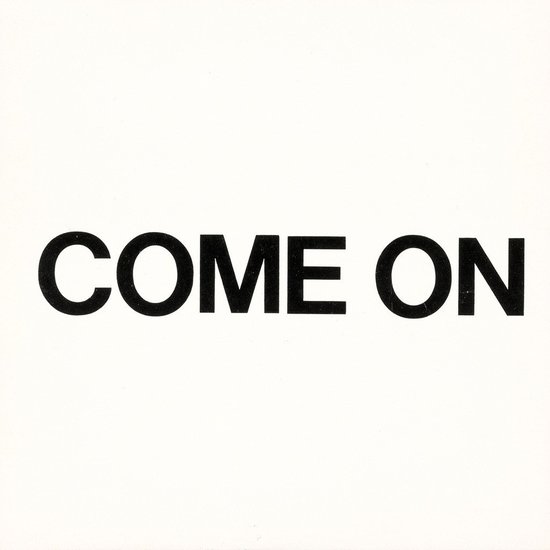 A regular fixture on New York’s downtown scene in the late 70’s, Come On released just two singles in their short but fruitful existence – the self-released “Don’t Walk On The Kitchen Floor/ A Kitchen In The Clouds” single in 1978 and the mysterious “Housewives Play Tennis / Howard After 6” single in 1980 (the band was unaware it had ever been released until a copy showed up on eBay 20 years later).

Typical of the time, Come On was comprised of a ragtag group of artists and scenesters – seasoned musician George Elliott (guitar), conceptual guru Ralf Mann (bass), illustrator Page Wood (drums), teenager Elena Glasberg (guitar) who would study for class between gigs, and Jamie Kaufman (vocals) who had never sung before (or since) fronting Come On. With a unified egalitarian look of white button down shirts and black pants and Kaufman’s arresting stage presence the band embodied what they called “Nervous Rock Music.” Stripped down and tense, Come On’s brand of minimalist rock teemed with agitation, sexual frustration, and a wry, dark humor.