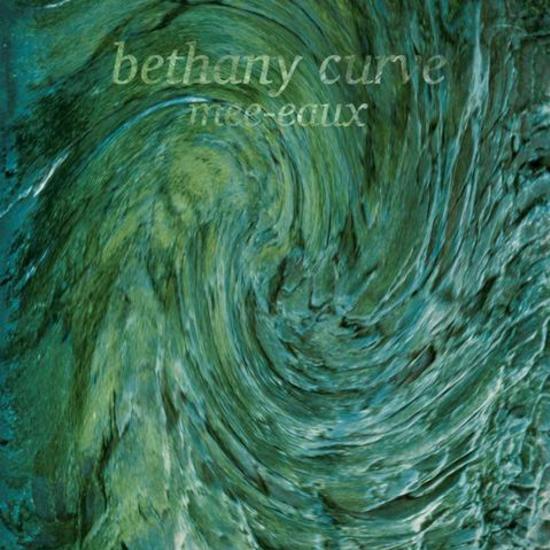 Mee-Eaux was the debut release from 90’s second wave shoegaze band Bethany Curve. The band takes their name from a street sign near the cliffs of the Monterey Bay in Santa Cruz where they formed in 1994, just as the first generation British shoegaze bands like Slowdive, My Bloody Valentine, and Lush began to dissolve.

Mee-Eaux, originally self-released on cassette only, was a 45 minute, 10 track introduction to Bethany Curve’s dark space-rock approach to the droning, melancholic, distorted, and ethereal tones that had come to be associated with the shoegaze sound. The band’s motto, Atmosphere | Arrangement | Sound | Layering | Noise, is a perfect reflection of Bethany Curve’s compositional and performative approach to their debut effort, and remained so through the release of three more LPs: Skies a Crossed Sky (1996), Gold (1998), and You Brought Us Here (2001) on Unit Circle, and their final release, the Flaxen EP (2003), released on Kitchen Whore Records.

Final track “Mey Voy” appeared on Cherry Red’s 2016 shoegaze compilation, Still In A Dream: A Story Of Shoegaze 1988-1995, alongside other US shoegaze and noise pop groups such as Alison’s Halo, Bowery Electric, Bardo Pond, and Astrobrite. The band also appeared on Dewdrop Records’ 2002 compilation Half Gifts: A Tribute To The Cocteau Twins with a cover of "Ivo”.