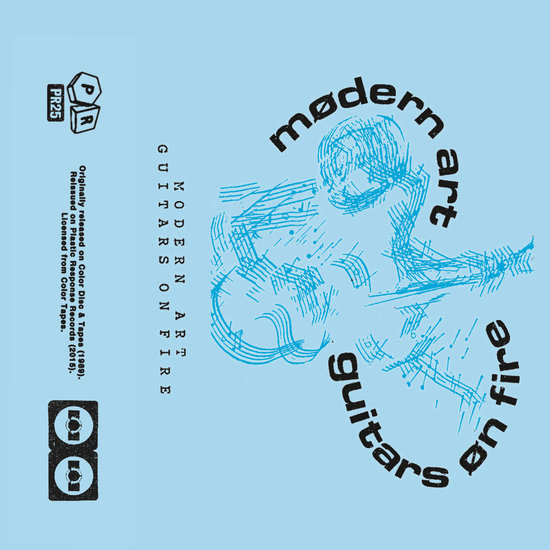 We are very honored and overjoyed to present to you the second of three official reissues of late 80’s classics by Modern Art. Modern Art was the musical project of Gary Ramon formed in the early 80’s. He’s also known for other projects such as WeR7, Mystery Plane, Sun Dial, and Quad, as well as running his own labels Color Disc and Tapes, and later, Acme Records (UK). Modern Art was predominantly Gary Ramon on various instruments with guest musicians. He never played gigs, but the project did see the release of two studio albums and a number of self-produced cassettes. In a 2002 interview Gary talked about some of these releases:

“Most of these things were released in editions from anything between 1 copy and 10-20 copies or perhaps for “underwater kites” more than that. But I have no idea of how many more as this one has been pirated a lot over the years. But in terms of actual releases it probably spans perhaps 50/60 odd titles! Some of these don’t exist in any shape or form now. I kept copies of most of them. The Modern Art made tons of material from about 1984-89. Only a fraction was ever released though."

In the late 80’s, Modern Art’s sound started to change. During that period in time Gary had just come out of a redundant publishing deal, so he wanted to get back and take control of things. He couldn’t use the publisher’s demos he’d recorded at the time, so he started recording afresh, with a new sound it seemed, which is evident in “Living In The Distortion Parade” (1987) and “Stereoland” (1987). They were both from the same sessions, just split into different releases. “Stereoland” was going to be a cassette, but Gary thought he’d break the habit and released a vinyl LP, spray-painting 300 copies in the process. “Guitars on Fire” (1988) was an early pointer to the Sun Dial sound, as it seems more psychedelic than previous tapes, and the final Modern Art album, “All Aboard The Mind Train” (1990), even more so. Later that year Gary disbanded Modern Art in order to form Sun Dial, who have been releasing consistently great albums ever since.

We really hope you enjoy this long overdue reissue of a lost classic, featuring audio from the original master tapes (remastered by Gary himself), and with the original artwork and liner notes. 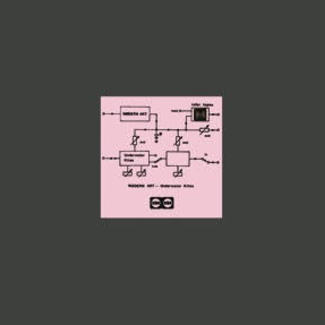 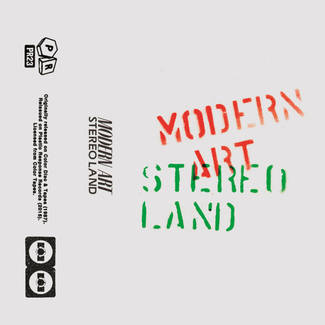