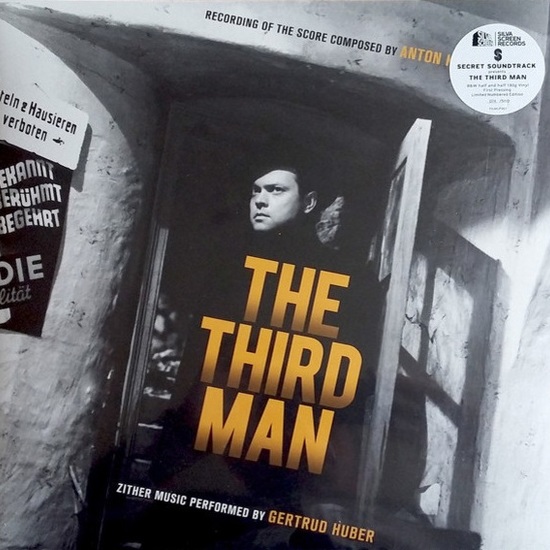 One of the greatest British thrillers of the post-war era, in the last fifty years THE THIRD MAN has emerged as a classic, topping the British Film Institute Top 100 List (1999/2000). Directed by Carol Reed, and produced by Alexander Korda and David O Selznick, this clever mystery tale of a love triangle with nightmarish suspense, treachery, betrayal, guilt and disillusionment, was Reed’s second collaboration with screenwriter Graham Greene. Carol Reed discovered Anton Karas performing on his zither in a Viennese tavern and immediately envisaged this as the perfect music score for THE THIRD MAN – the music of the street corner, sidewalk café and once proud boulevards.

Though without experience in film scoring, Anton Karas proved to be a talented melodist with an excellent understanding of the then contemporary street sounds of Vienna. He came up with what’s today known as THE THIRD MAN signature tune – the brilliant HARRY LIME THEME whose nonchalant swagger became one of the great cinema score classics.

Playing the theme on this record is GERTRUD HUBER, the acclaimed soloist from Bavaria. Gertrud has performed as both a solo artist and with various chamber orchestras and groups in Cincinnati, Vienna, Insbruck, Tokyo, Leipzig and Salzburg. She has also performed as a soloist with the New York Philharmonic Orchestra under the baton of Kurt Mansur.