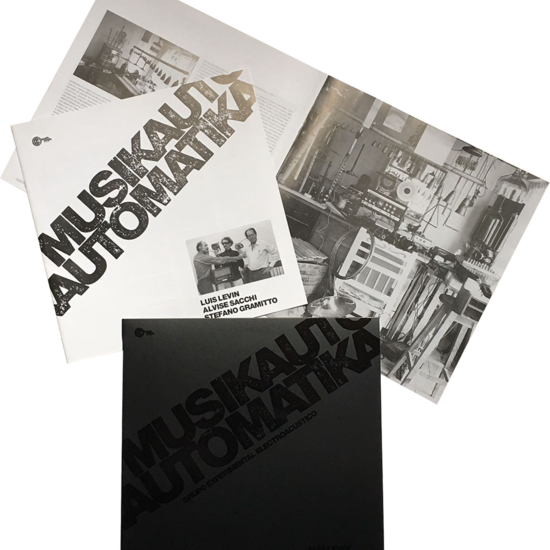 “Pioneers of electronic experimentation in Venezuela, Musikautomatika is one of the best kept secrets in Latin America’s experimental sound scene. They were formed in the late 70s by Luis Levin, Alvise Sacchi and Stefano Gramitto, and counted on the complicity of Mirella López and Gabriela Gamboa. They issued four albums (Musikautomatika -1983, Boston Tape – 1987, Kuba – 1987 y Frecuencias en peligro de extinción – 1993), which are nowadays highly sought after pieces among collectors from all over the world. Free improvisation and cosmic electronic music defines the path this collective of sonic travellers took.”

For fans of 60s-era INA-GRM concrète, electro-acoustic free-improv ensembles, Jean-Claude Eloy, Maurizio Bianchi and even the kind of melodies Tom Dissevelt and Kid Baltan explored on Song of the Second Moon.

1983’s Musikautomatika is at last available again on a gorgeous limited edition that features a booklet with plenty of photos and text written by Luis Levin plus an interview with the band made by Luis Alvarado (Cazar Truenos blogzine / BUH Records).