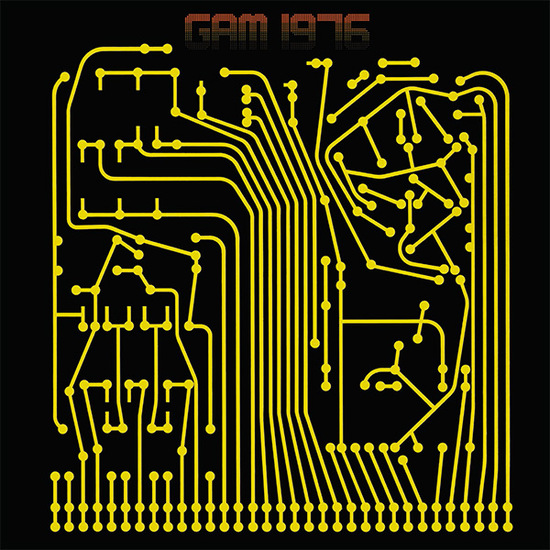 After the big success of our reissue of Günter Schickert’s amazing Samtvogel LP we present another of his projects, GAM – on which he joined Axel Struck and Michael Leske. A powerful trio of mind-expanding krautrock sounds formed in 1973, they recorded their first sessions in 1976, improvising directly to tape in Schickert’s basement – but these weren’t released until 1986, originally in cassette format – reissued some years later on CD. The sound of GAM 1976 differs a bit to that of Samtvogel. Obviously, this is a band effort delivering their guts in a one take session, while on Samtvogel Schickert was playing all the parts, layering one after the other using the sound on sound facilities of his reel to reel recorder. Here, instead, we have an energetic echo charged jam that takes us through different atmospheres and moods, a hidden gem in krautrock’s cosmische history legacy.