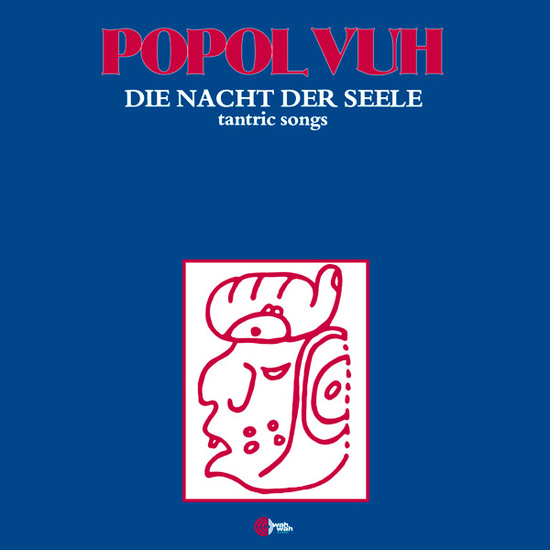 Die nacht der seele is the twelfth album by Popol Vuh, originally released in 1979 by Florian Fricke and friends–Daniel Fichelscher on guitar, Djong Yun and Renate Knaup on vocals, plus guests Alois Gromer on sitar and Susan Goetting on oboe. Popol Vuh had moved again one step farther, ellaborating a complex world music opus based mainly on acoustic instruments plus Fichelscher’s electric guitar and the use of multitracked vocals to reproduce the sounds of Tibetan monk chants.