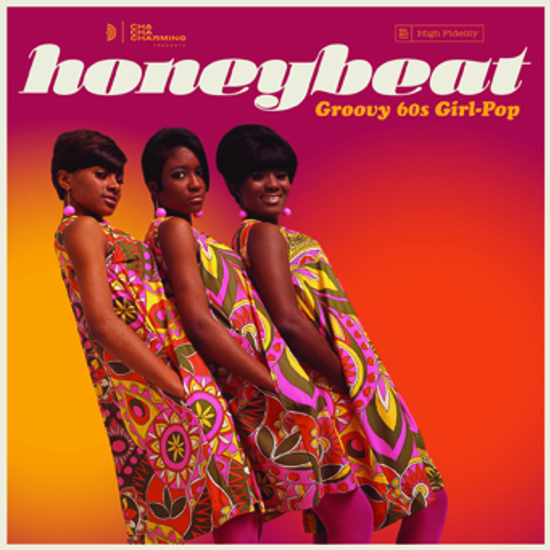 Hey, ‘60s pop collectors…do you suppose there might be some killer rare tracks lurking inside the Sony archives? Yeah, that’s what we thought, too…so we enlisted girl group expert extraordinaire Sheila Burgel (producer of the Grammy-nominated box set One Kiss Can Lead to Another: Girl Group Sounds Lost & Found and the Japanese girl pop series Nippon Girls among other prodigious collecting feats) to go tape spelunking and see what she could come up with. And man, was THAT a good decision—cuz Sheila (and Sony Legacy producer Rob Santos) have emerged triumphantly from their journey into the deepest nooks and crannies of the Sony vaults with 19 fantastic girl pop finds that sound like they shoulda been, coulda been hits had anybody heard them the first time around! Just to give you an idea of how deep these tracks are, these 19 songs hail from no less than nine different labels (Columbia, Date, RCA Victor, Epic, Bell, OKeh, Sound Stage 7, Groove, and Amy); about a third of them have never been reissued anywhere (one, Dorothy Jones’ “Talk That Sweet Talk,” is previously unreleased), and the rest have only appeared on obscure imports, some of dubious origin. What’s more, for her detailed liner notes, Sheila has whenever possible tracked down and interviewed the artist(s) in question, in some cases stirring up long dormant and emotionally charged memories of their days in the music business, with rare, never before seen photos lending color to their accounts.

Remastered by Vic Anesini at Battery Studios in New York, Honeybeat: Groovy 60s Girl Pop offers a treasure trove of rarities for the girl group collector, a seamless listen for a vintage pop fan, and a much-needed journey back to a more innocent time in the record business. SPECIAL NOTE FOR VINYL COLLECTORS: Sheila has also selected and sequenced 14 of the 19 tracks for a special 180-gram, violet vinyl gatefold edition limited to 1200 copies!