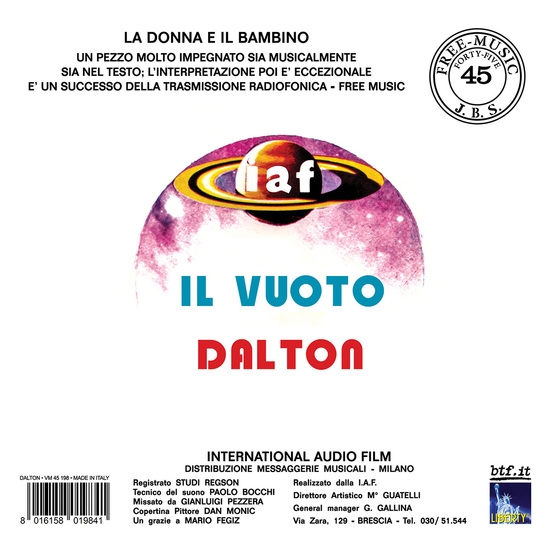 In the early 70’s the new sounds of the then called ‘avant-garde pop’ had such impact on the mainstream music scene that artists like Lucio Battisti, Fabrizio De André and many others got heavily influenced by this fresh and modern ‘music current’. Some bands were able to enjoy television appearances, some even managed to participate to the popular Sanremo Festival (Delirium, for example).

There was also another band who came very close to the same goal: Dalton, from Lombardy, a band managed by Gino Gallina, presented the song included in this 45rpm, “La Donna e il Bambino”. Its lyrics, however, telling the story of a young woman forced to ‘sell love that love is not’ to be able to feed her baby, were judged too daring and, despite an appropriate revision, the opportunity to take part in the Sanremo Festival had sadly vanished; anyway, the 7-inch had also been pressed in a special version without cover, to be distributed through jukeboxes all around Italy.

The title track is remarkable, and shows an unusual ‘rawer’ and aggressive side of the band, absent in the studio album “Argitari” (which later included the two songs here enclosed): a succession of acoustic arpeggios and electric riffs and guitar solos, over which flute melodies excel, the main protagonists of the song. Similar characteristics distinguish the equally melancholic B-side song “Il vuoto”. “La donna e il bambino” was also later changed in “Argitari” in its title (“Visioni di una notte d’estate”) and lyrics.

This 45rpm, besides being a small almost unknown rarity, an unique document in the short history of a band that stood out in the crowded scene of Italian progressive rock, and is now reissued on VM label in occasion of the Record Store Day 2017. This exclusive limited edition is printed in 499 copies on colored vinyl, and also included a reproduction of a promotional flyer of a historic Dalton concert from Summer 1974! 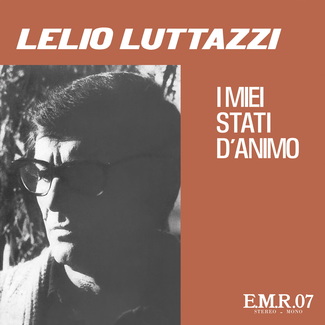 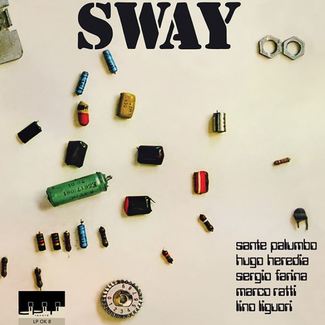 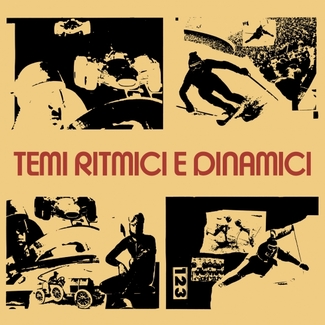