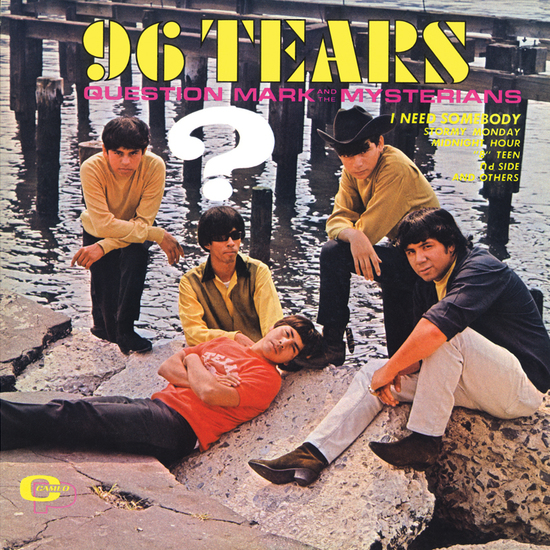 By exclusive arrangement with ABKCO Music, Real Gone Music is proud to present the garage band to end all garage bands, Question Mark and the Mysterians! Hailing from Saginaw, Michigan, this group of Mexican-American teenagers had all the bona-fides collectors of ‘60s cool cherish—the name, derived from a Japanese horror film; the sound, an insistent, three chord beat powered by that unmistakable Vox organ tone; and, of course, the sunglasses-shod Question Mark himself, who claims to have been born on Mars and lived among the dinosaurs in a past life. And their 1966 debut album hit the Top 100 on the Billboard charts thanks to its legendary title tune. Real Gone Music and ABKCO Music are presenting this all-time classic record on orange vinyl (cuz after all, orange is Question Mark’s color) limited to 600 copies and mastered at 45 rpm for maximum sonic effect!