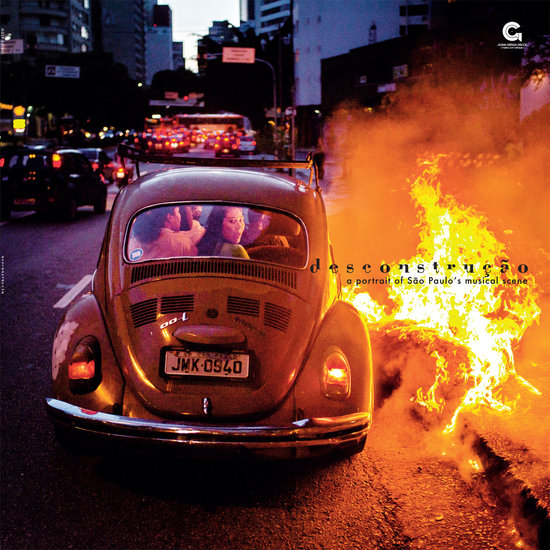 For a very long time São Paulo, « a cidade cinza » (the grey city), had the sinister reputation of being samba’s grave. Not anymore. Today, it definitely is the place to be, the cradle of the liveliest music scene of all Brazilian cities. This first compilation of the young Goma Gringa label stands as a manifesto of this effervescence.

Juçara Marçal, Kiko Dinucci, Marcelo Cabral, Rodrigo Campos, Romulo Fróes, Sérgio Machado, Thiago França and a few others are not a movement. They are togetherness in motion, always linked from one project to the next. The desconstrução is the first step. Their project as a whole is to dismantle traditional patterns whether they be from samba, jazz, rock, afrobeat or most of all MPB. The aim is not to definitely take them out but is instead to build up their music from them. Undoing to rebuilt.

Together, these artists have created a striking sonic signature, always unpredictable, avoiding the paths they’ve already taken. What makes their music so unique is the feeling that it grows like an improvised conversation, around a main theme, they all have much to say but always leave space and listen to one another.