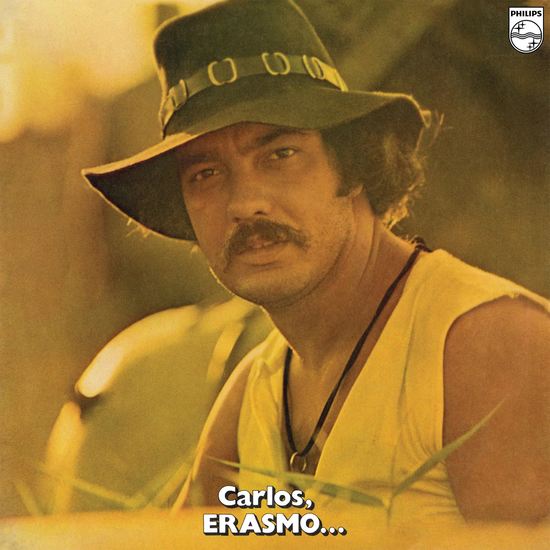 As a student and fan of Elvis, Little Richard, Bill Haley, and Chuck Berry, Erasmo indulged his primal rock urges on these albums, notably getting sufficiently psychedelic and fuzzy on Carlos, ERASMO . . . Arriving in 1971 while Caetano and Gil were still in exile, Rita Lee had recently quit Os Mutantes and Gal Costa was onto a new sound, Erasmo’s 1971 album was the closest thing to Tropicália around. Carlos, ERASMO . . . was co-produced by the Tropicália producer, Manoel Barenbein, including a new composition from Caetano, a few arrangements courtesy of Rogério Duprat and the musical talents of no fewer than three Mutants: lead guitarist Sergio Dias, drummer Dinho Leme and bassist Liminha, not to mention Brazil’s undisputed psychedelic axe-master, Alexander Gordin, aka “Lanny”, Carlos, ERASMO. . . is a virtual all-star team of Tropícalistas (not in exile). This album is considered a bedrock album within the Brazilian rock scene and a notable late entry in the Tropicália tradition, rocking harder than any album in his catalog, but also including wispy love songs, soul and funk moves, brassy pop tunes and a marimba-driven ode to marijuana.