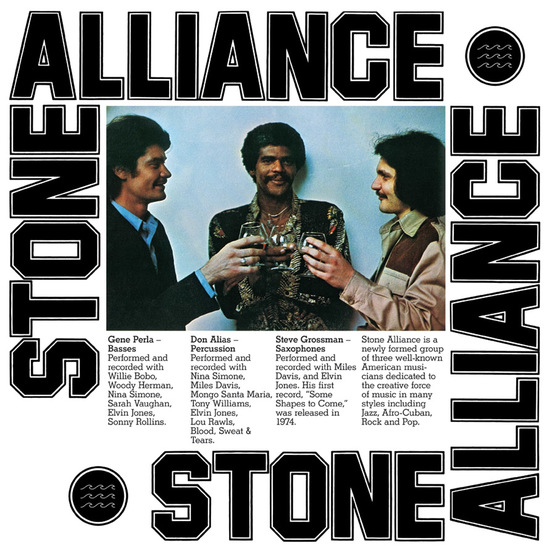 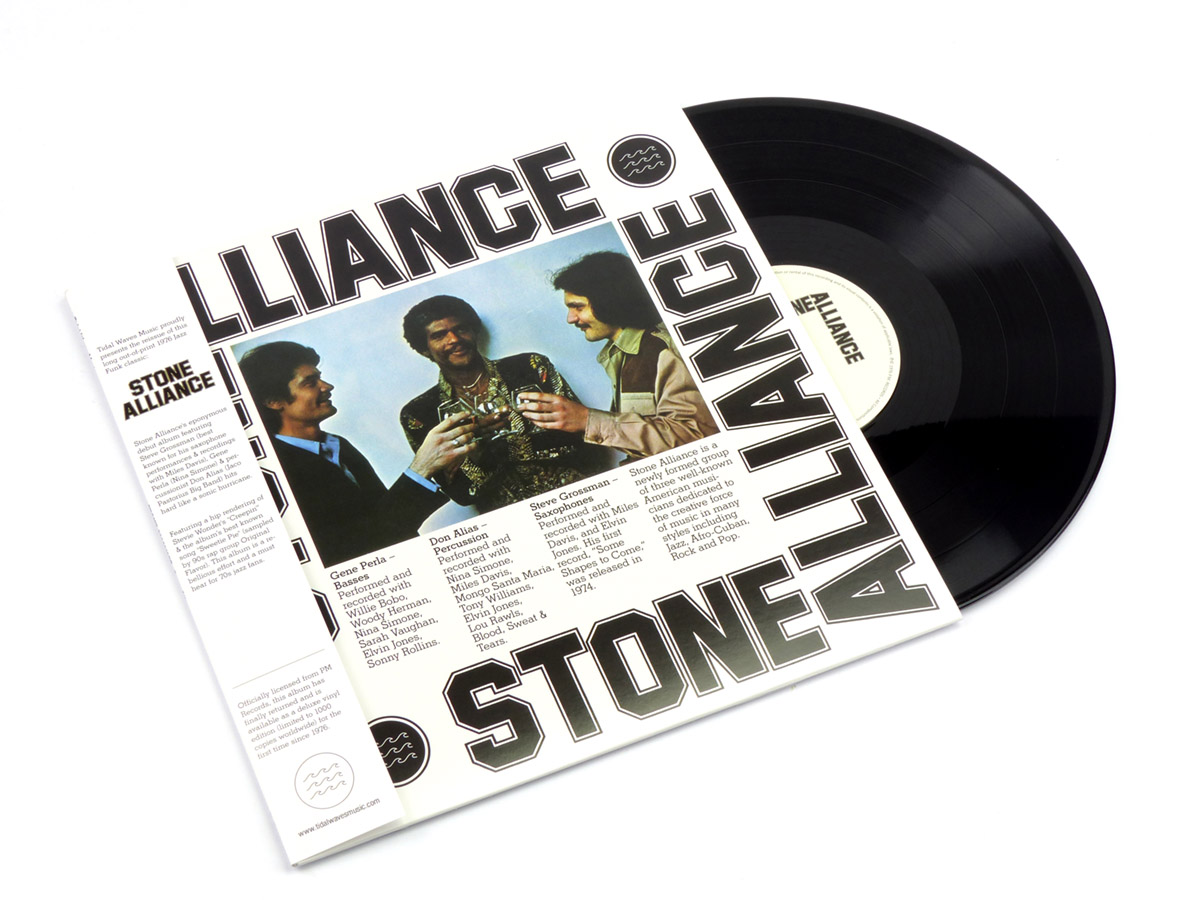 Tidal Waves Music proudly presents the reissue of this long out of print Jazz/Funk classic originally released on PM Records in 1976. Featuring an all-star line up comprised out of Steve Grossman (best known for his saxophone performances & recordings with Miles Davis), Gene Perla (Nina Simone) & percussionist Don Alias (Jaco Pastorius Big Band, Blue Note). Included is a hip rendering of Stevie Wonder’s “Creepin’” & the album’s best-known song “Sweetie Pie” (mentioned in the track ‘Root Down’ by the Beastie Boys & sampled by rap-outfits like Original Flavor, Leaders of the New School amongst others).

Stone Alliance’s eponymous debut album hits hard like a sonic hurricane, this landmark album is a rebellious effort and a must hear for ’70s jazz fans. Officially licensed from PM Records and featuring the original artwork created by Anne Maria Schnider. Now back available as a deluxe limited vinyl edition (1000 copies) for the first time since 1976.