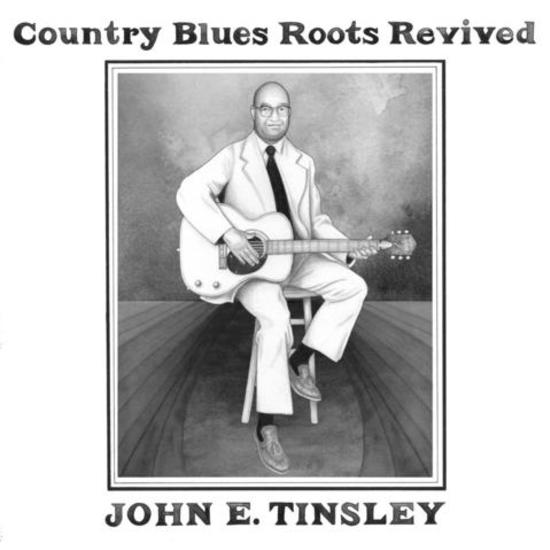 John E. Tinsley was born in 1920 in Chestnut Mountain, Virginia and later moved to Henry County in an area just outside of Martinsville. According to the liner notes of Smithsonian Folkways Compilation Virginia Traditions: West Piedmont Blues, which featured two John Tinsley recordings, Tinsley began playing guitar at the age of 15, at the behest of his neighbor. He would go on to be influenced by other Piedmont and East Coast bluesmen such as Blind Boy Fuller, Josh White and Buddy Moss.

However, it wasn’t until 1952 that Tinsley and friend, Fred Holland, first recorded any of Tinsley’s repertoire. Bassett, Virginia’s Mutual Records released “Truble Blues” and “Keep Your Hands Off Her” as a 78 that year. Following the poor sales of the “Truble Blues” 78, a discouraged Tinsley briefly left the world of secular music behind, playing religious music exclusively in the mid-1950s and 60s. Yet, flash forward to 1978 to find Tinsley recording the session featured on this reissue of Country Blues Roots Revived for the primarily Bluegrass label Outlet Recordings, accompanied on most cuts by his son William on piano and J.P. Young on harmonica. This recording has not been available since the 70s and is a rarity treasured by lovers of the Piedmont blues style.