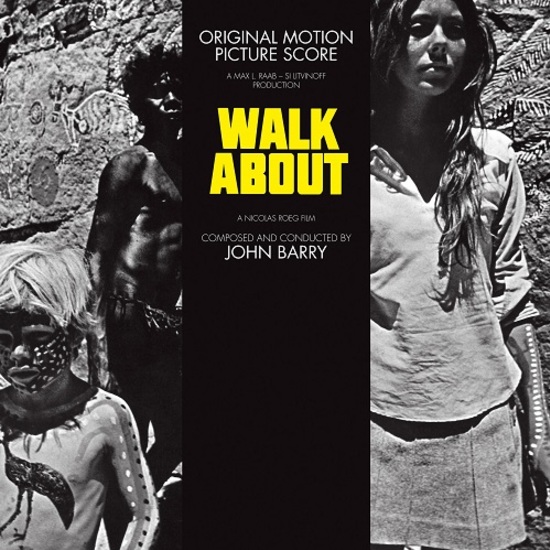 A lost paradise, a lost innocence, and a lost culture; these are the dominant themes presented in Nicolas Roeg’s 1971 masterpiece Walkabout, a survival story of two children lost in the scorched Australian wilderness. Together with other seminal Australian surrealistic outback films, (e.g. Wake In Fright) Walkabout was a film that reshaped the Australian film industry and defined the country’s New Wave. On the cusp of the film’s 45t h anniversary it is pertinent to observe that for decades the film’s original soundtrack has also been considered lost. Composed and conducted by the acclaimed British film composer John Barry, the score is a hallucinogenic mix of exotic romanticism, children’s nursery rhyme and potent psychedelic experimentation. For decades, the consensus among soundtrack circles was that the master tapes were officially missing with little chance that the music would ever see a legitimate release, but The Roundtable is pleased to announce that this is no longer the case. The complete soundtrack to one of cinema history’s most visually spellbinding films has now finally been re-discovered, sourced from the original stereo master tapes and prepared to the guidelines of the original ill-fated 1970s LP release. The Walkabout soundtrack is released in conjunction with the lost film music to Peter Weir’s 1977 existential eco-horror The Last Wave, composed by Charles Wain.