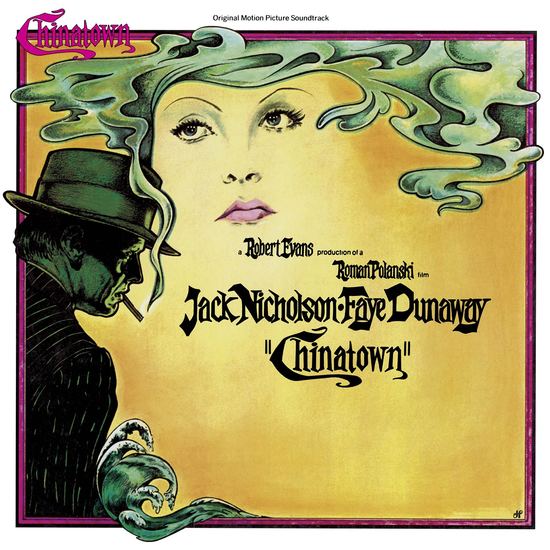 Sometimes, it doesn’t take very long to create something brilliant. When producer Robert Evans rejected Phillip Lambro’s original score for Chinatown, Jerry Goldsmith was hired to create another, from scratch, in just 10 days.

To say he rose to the challenge is an understatement. Goldsmith, a 20 year veteran of the TV and movie industry with credits including Dr Kildare, Planet Of The Apes and even The Waltons theme, turned in a work that was both a career peak for him and the saviour of Roman Polanski’s masterpiece of neo-noir.

What was clever about it? It wasn’t quite straight jazz, it wasn’t quite classical. It was identifiably a movie soundtrack, but an unusual one at that, leaning heavily on Uan Rasey’s mournful trumpet solos, sparingly using pianos, harps, strings and percussion, and employing sounds and crashes as overtures. It doesn’t try to speak to the film’s 1930s setting so much as to the mood and feel of the movie, a piece about political and moral corruption in a water-starved LA featuring Jack Nicholson at the absolute top of his game.

“I remember [Evans] speaking about the music having a contemporary feel, contemporary meaning the ‘30s,” Goldsmith said in an interview before his 2004 death. “I said, ‘Bob, I don’t think so – you see that on the screen, why should I do that in the underscore? … Emotions are timeless.’”

Originally released as a soundtrack in 1974, and long out of print, Cinewax’s reissue is remastered from the original tapes and is presented with brand new artwork by acclaimed illustrator and painter Sterling Hundley, with layout by Jay Shaw. Drop the needle and hear why Chinatown is, reportedly, David Lynch’s favorite soundtrack. Goldsmith was right about emotions…