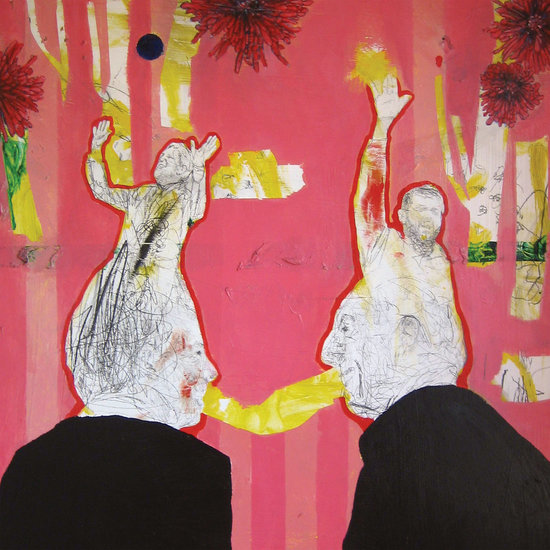 Welcome was one of those enigmatic bands whose sound is hard to put your finger on ­ they were fiercely original which makes it hard to come up with easy comparisons. Sirs, their second and final album, is a rare blend of self­assuredness and self­consciousness. Originally released on CD by Fat Cat Records in 2006, Fat Cat said: “Dynamic, stunningly arranged, and prone to fly off at unpredictable angles, ‘Sirs’ possesses a gnarled beauty very much Welcome’s own. Melodic, rhythmic and sonically ambitious, the record sits somewhere between the fractured, exploratory idealism of 60’s psych pop (The Creation, Revolver­era Beatles, Syd Barrett), and such non­conformist US alt/rock luminaries as Unwound, The Breeders and Deerhoof.”

Pete Brand and Mike Wurn started Welcome in 1993 in Seattle, and Dean Whitmore soon joined on drums and they put out two 7” singles. They toured and wrote for a few years before their first full length “Sun As Night Light” came out in 1999. Dean left the band, and after a hiatus Jo Claxton joined on bass and Jon Treneff joined on drums before the songs of Sirs were written.

During Welcome’s existence, members of the band also played in Sick Bees, Mars Accelerator, Double Fudge, The Intelligence, Unnatural Helpers ­ but Welcome was always their main project. Welcome supported the original Sirs CD release with a European tour, followed by US tours with Mission of Burma and with the Mary Timony Band. At some point in 2010, they had called it a day.

Dragnet Records and Luxury Products are very proud to bring Sirs to vinyl­ at long last.