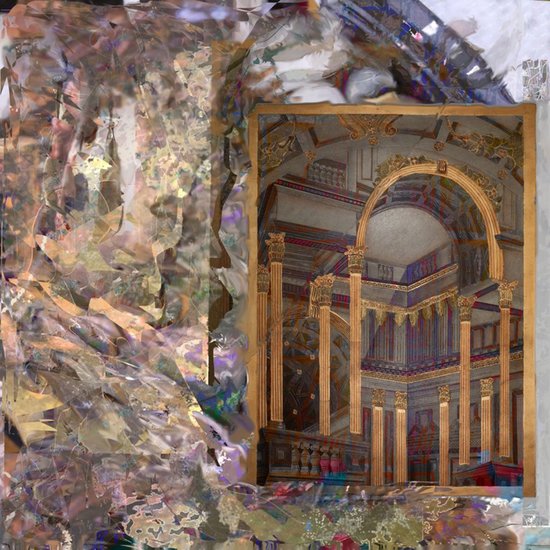 The latest from Los Angeles synthesis figurehead M. Geddes Gengras consolidates his entire arsenal of techniques and compositional tricks into a four-sided opus of immersive sound worship. Recorded and assembled across six years and far-flung geographies (California, Connecticut, The Netherlands), Interior Architecture was imagined as an “impossible object,” simultaneously stark and lush, sprawling and concise, analog and digital.

Gengras’ array of processing modules allow for a near-infinite complexity of texture and movement: tones rise and morph and recede, inscrutable chords float in space, elements integrate and then refuse resolution. Long-time associate Seth Kasselmanguests on clarinet throughout Side C but otherwise Architecture is, as per usual, a solitary affair – the rogue alchemist alone at his mainframe, the laboratory thick with smoke. His is an ambiguous and experiential form of tactile psychedelia, electronic rorschach tests for the 21st century.

Gengras’ own assessment is suitably consuming: “At its best it should feel like sinking into really warm quicksand or dying of hypothermia.”