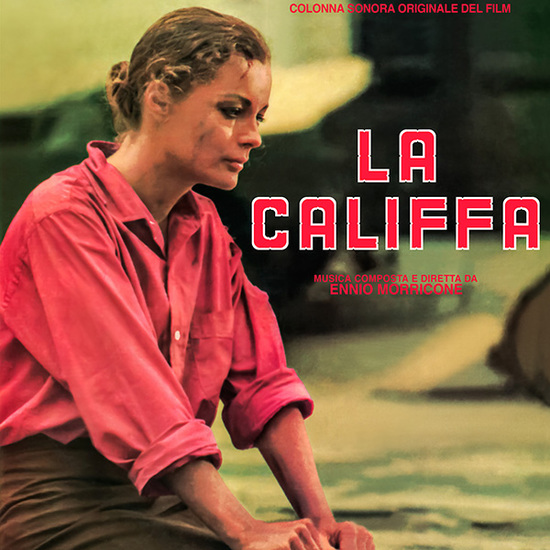 La Califfa (1970) is a rare example, probably very rare, in which the director and author of the book on which the film is inspired coincide; we’re talking about Antonio Bevilacqua, who won the Nastro D’Argento prize as Best New Director with this film. The film deals with the issue of the class struggle, and in particular the love-hate relationship between a businessman (Ugo Tognazzi) and a female worker (Romy Schneider, almost too sensual here) who lost her fiancé at the working place. A romantic and dramatic work, as the music written and orchestrated by Ennio Morricone, here often surrounded by an impressive aura of sacredness. This LP also features, as guests on voices and choirs, Edda Dell’Orso and I Cantori Moderni di Alessandro Alessandroni. Surprisingly, despite the success of the film and its soundtrack received at the time, “La Califfa” has never been reissued on LP since the early ’70s. This new edition on Vinyl Magic record label eventually fills this gap and, except for the front cover image, the artwork has been completely renewed: the inner sleeve contains in fact many reproductions of posters and lobby cards of the film. Various tracks, never released on LP until today, have also been added to the final tracklist.