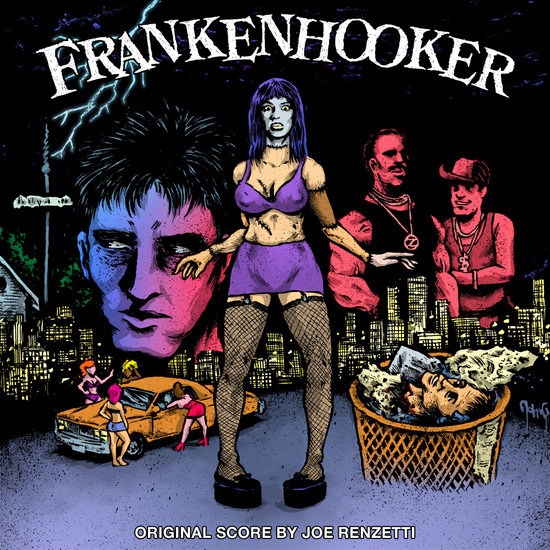 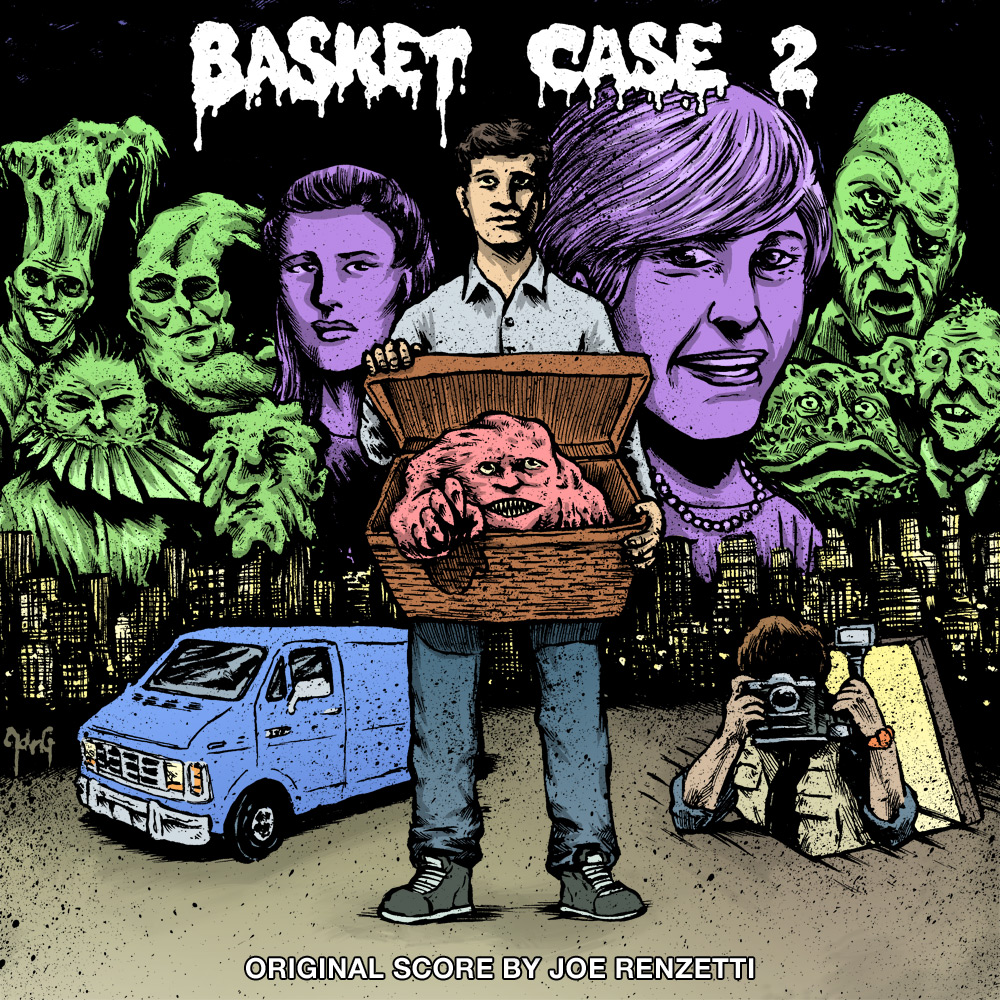 Ship to Shore PhonoCo. is proud to present the first ever vinyl release of Joe Renzetti’s scores to Frank Henenlotter’s Basket Case 2 and FrankenHooker. Basket Case 2 found Henelotter creating a sequel to his now classic 1982 gross-out, with the “freak twins” Duane and Belial back out on the prowl, but also looking for love and acceptance. FrankenHooker is Henenlotter’s riff on the classic Frankenstein story, with Jeffery Franken, memorably played by James Lorinz, resurrecting his dead love Elizabeth using pieces of the women who walk 42nd street.

Scoring duties on these two films were given to Oscar-winning composer Joe Renzetti, a familiar name to horror fans who know and love his scores to Child’s Play and Dead & Buried. Instead of going for the obvious, campy approach, Renzetti plays it straight, letting his moody, sometimes unsettling music act as counterpoint to the absurd on screen happenings.

Featuring reversible cover art by Cleveland comic-book legend John G, extensive liner notes by Renzetti and a completely remastered score supervised by the composer, this is a release that is not to be missed by fans.