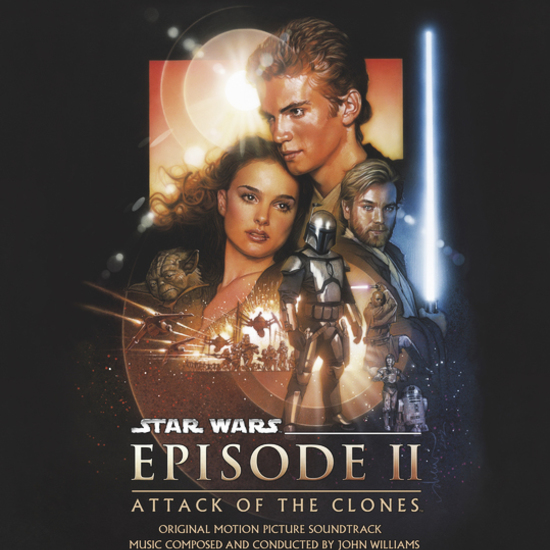 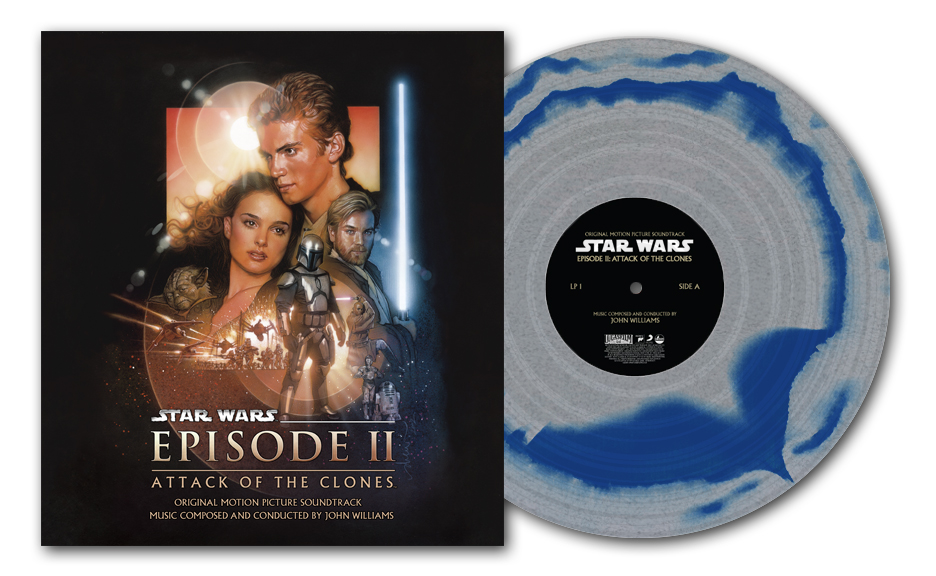 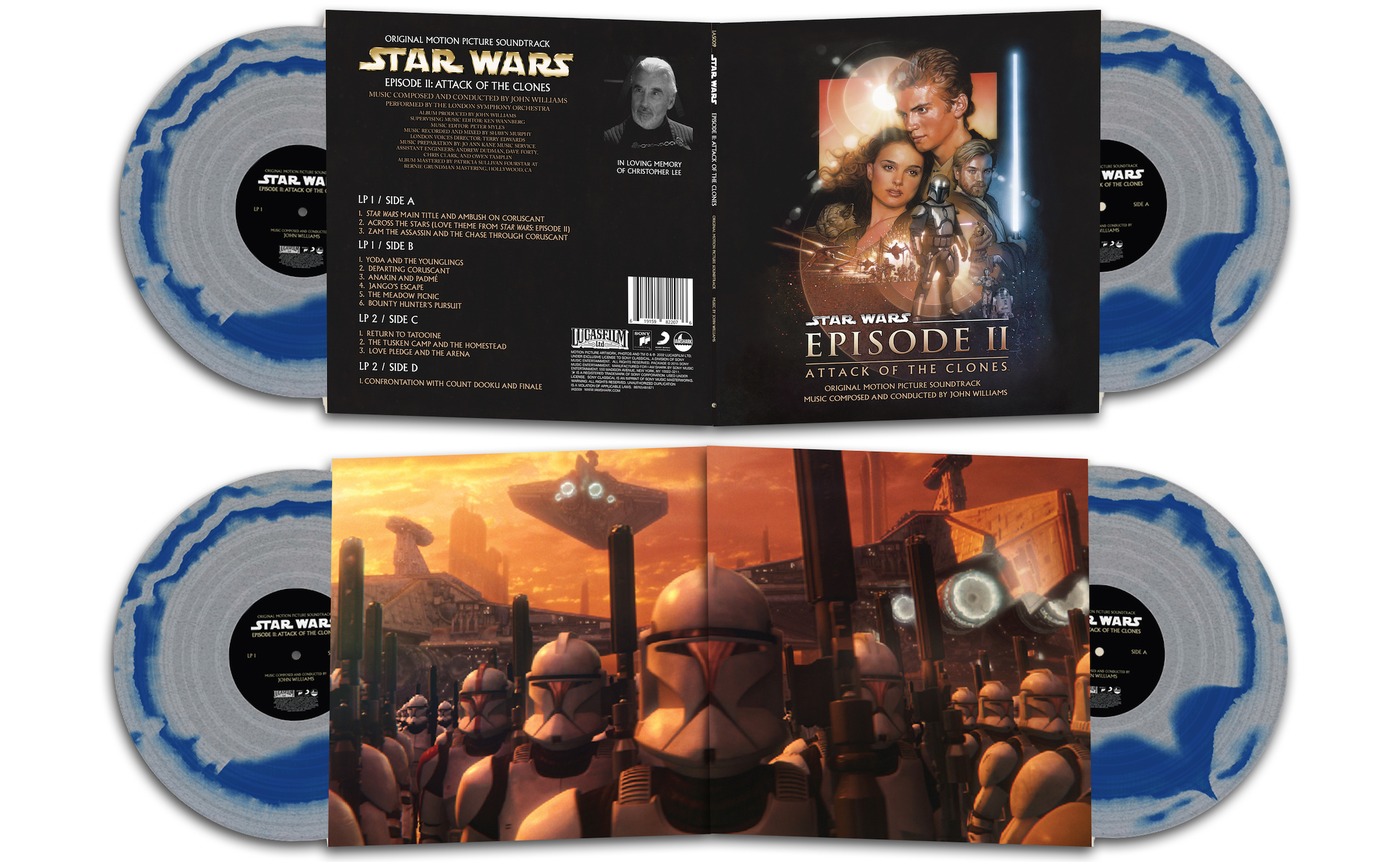 Originally released alongside the movie in 2002, the original motion picture soundtrack to Star Wars Episode II: Attack of the Clones’ 13-track score from legendary composer John Williams has been remastered to maximize the recording’s dynamic range. Continuing with I Am Shark’s innovative variant character color coordination, which saw the vinyl release of the Episode I soundtrack come in 5 different variations, the upcoming vinyl release of the Episode II soundtrack premieres fan favorite Jango Fett’s own colored vinyl pressing (Silver/Transparent Royal Mix). Aside from beautifully colored vinyl and the eye catching imagery featured on the gatefold packaging, there are hints of a hidden surprise included in this album. 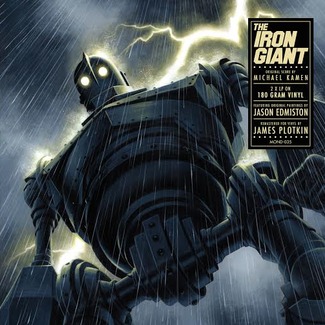 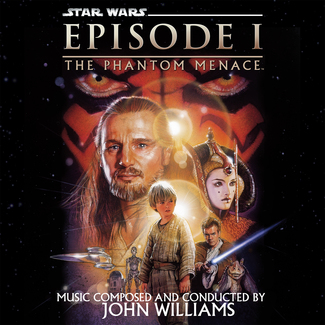 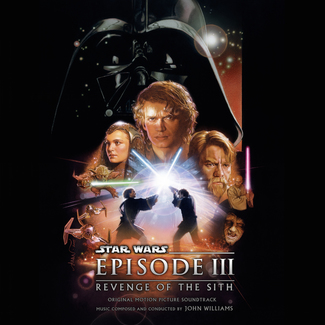