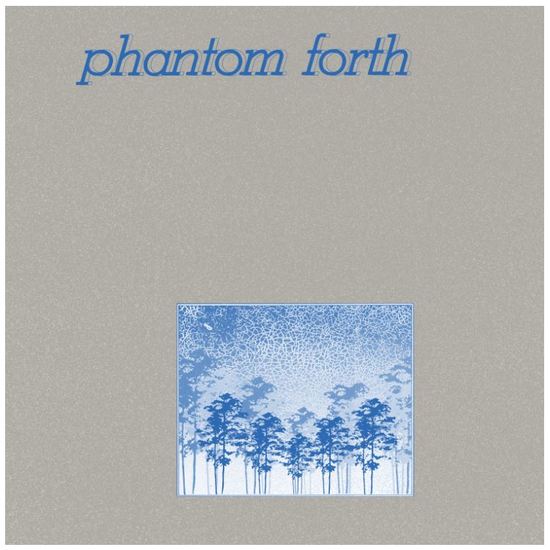 Phantom Forth were the brother sister-in-law team of Paul Luker (Guitar, Bass, Vocals), Debbie Luker (Drums, Guitar, Vocals) and Lorraine Steele (Keyboards, Percussion, Vocals). They formed in 1981 in Auckland, New Zealand. Early 1980, Paul had just returned from a nationwide poetry reading tour and bought a bass guitar. He would practice as his brother’s house and Debbie suggested they form a band. Lorraine joined soon after. With a shared love of Young Marble Giants, Wire and Cabaret Voltaire they started to rehearse at LAB Studio.

‘The EEPP’ was recorded in 1983 within a few weeks at Progressive Music Studios. Slated for release in February 1984, the mini-album finally appeared in November on Flying Nun Records. It contained seven moody sketches of Auckland. Their sound blends cold wave guitars, drum-machine propelled post-punk with female vocals. The core recording set up was a Casiotone MT-40, Boss DR-55 Dr. Rhythm, Roland TR-606, bass, guitars and various effects pedals. Paul would EQ each string individually with the parametric, later the combination of chorus and slight delay was added. Lyrically Lorraine and Deb tackle relationships with boys turning into men, escapism, dreams, drugs and reality. Included with this reissue are two early demos recorded at LAB in 1982, made prior to Lorraine joining the band, plus a recording from the Flying Nun live compilation ‘The Last Rumba’.

All songs have been remastered from the original master tapes for vinyl by George Horn at Fantasy Studios in Berkeley. The vinyl comes housed in sleeve with original artwork collage designed by Paul Lurker. Each LP includes a two-sided 8.5×11 poster with notes and photos.