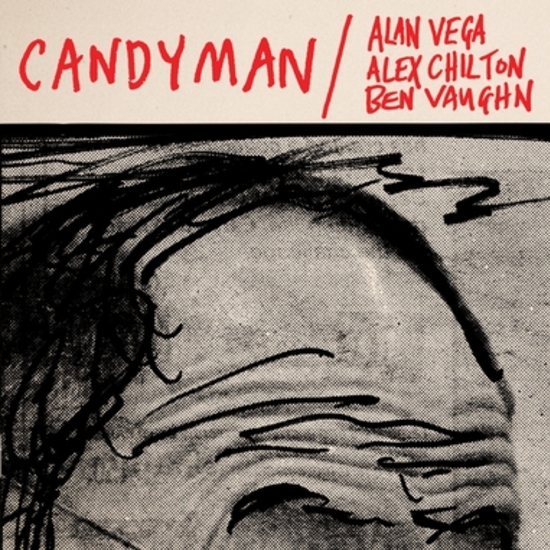 In December 1994, over two all-night improv sessions at New York’s Dessau Studios, Suicide’s Alan Vega, Big Star’s Alex Chilton and singer-songwriter Ben Vaughn joined forces without a predetermined plan. Out of those two nights came a truly mesmerizing album, “Cubist Blues”. Originally released in 1996, it is now reissued by Light In The Attic and Munster Records.To accompany this very special occasion, we are also releasing this 7" featuring a radio edit of ‘Candyman’ and the live version of album track ‘Lover Of Love’ from their concert at Trans Musicales in France, 1996, one of the only two live performances the ensemble ever did.