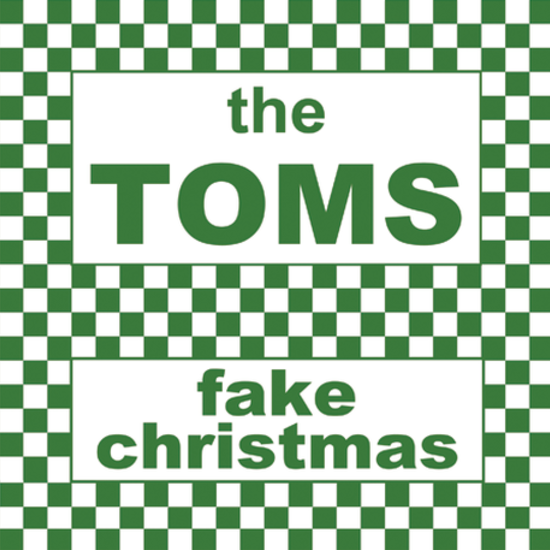 One weekend in 1979, a cancellation at the home recording studio of New Jersey producer Tommy Marolda left him with two free days. So Marolda challenged himself to write and record as many songs as he could, as fast as he could — all by himself. Over the course of the weekend, Marolda finished 40 tracks, releasing his favorite twelve as a full-length album, titled simply The Toms. More than 30 years later, Marolda — as writer, producer, and arranger — has worked with the likes of the Killers, Rod Stewart, the Smithereens, Richie Sambora, Frank Stallone, Elton John, Cher, and Harry Nilsson; his work on the soundtrack to the film Staying Alive even netted him a Grammy nomination. But Marolda never gave up the Toms moniker, occasionally pulling it out of mothballs to release handcrafted pop in the vein of his cult power pop debut.

“Fake Christmas” rounds up a killer holiday pop song, originally appearing as a bonus track on Marolda’s album of Beatlesque Christmas tunes, and a 1985 re-recorded demo of “It’s Needless,” which originally appeared on the debut Toms album. Out of print for much of the last decade, both tracks have recently made it to iTunes, but this is the first time either has seen wax.