Talk To Me So I Can Fall Asleep 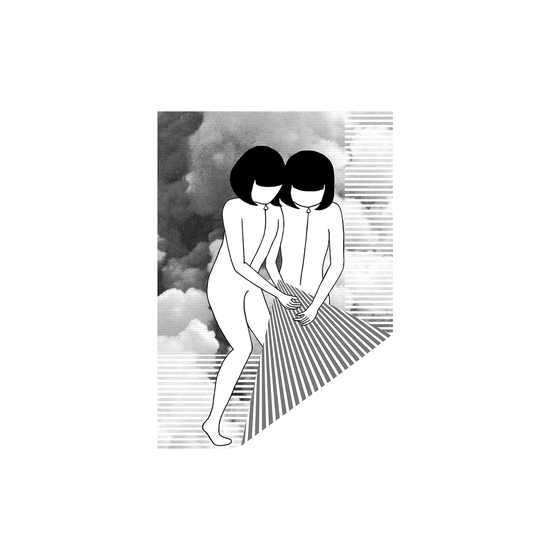 Talk To Me So I Can Fall Asleep

Crater is a Seattle-based electronic pop duo consisting of Ceci Gomez and Kessiah Gordon. Since 2013, the group released a slew of singles via Mermaid Avenue/Mom+Pop and will put out their debut full length Talk to Me so I Can Fall Asleep on Help Yourself Records on February 26th, 2016. Within the past year they have toured nationally with the likes of Canadian goth pop artist TR/ST and glitter pop band MS MR.

Talk to Me so I Can Fall Asleep emerged from Ceci and Kessiah’s adjoining bedrooms during the long rainy season. They sculpted the album from a massive collection of internet treasures: arcane samples, torrents, and GIFS all crammed into a desktop folder aptly named “Black Hole.” Out of this chaos surfaced an industrial pop record with brooding dance tracks that stutter into hysteria.