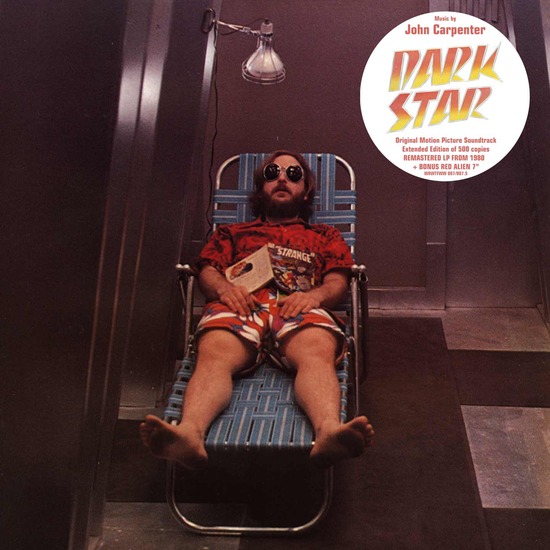 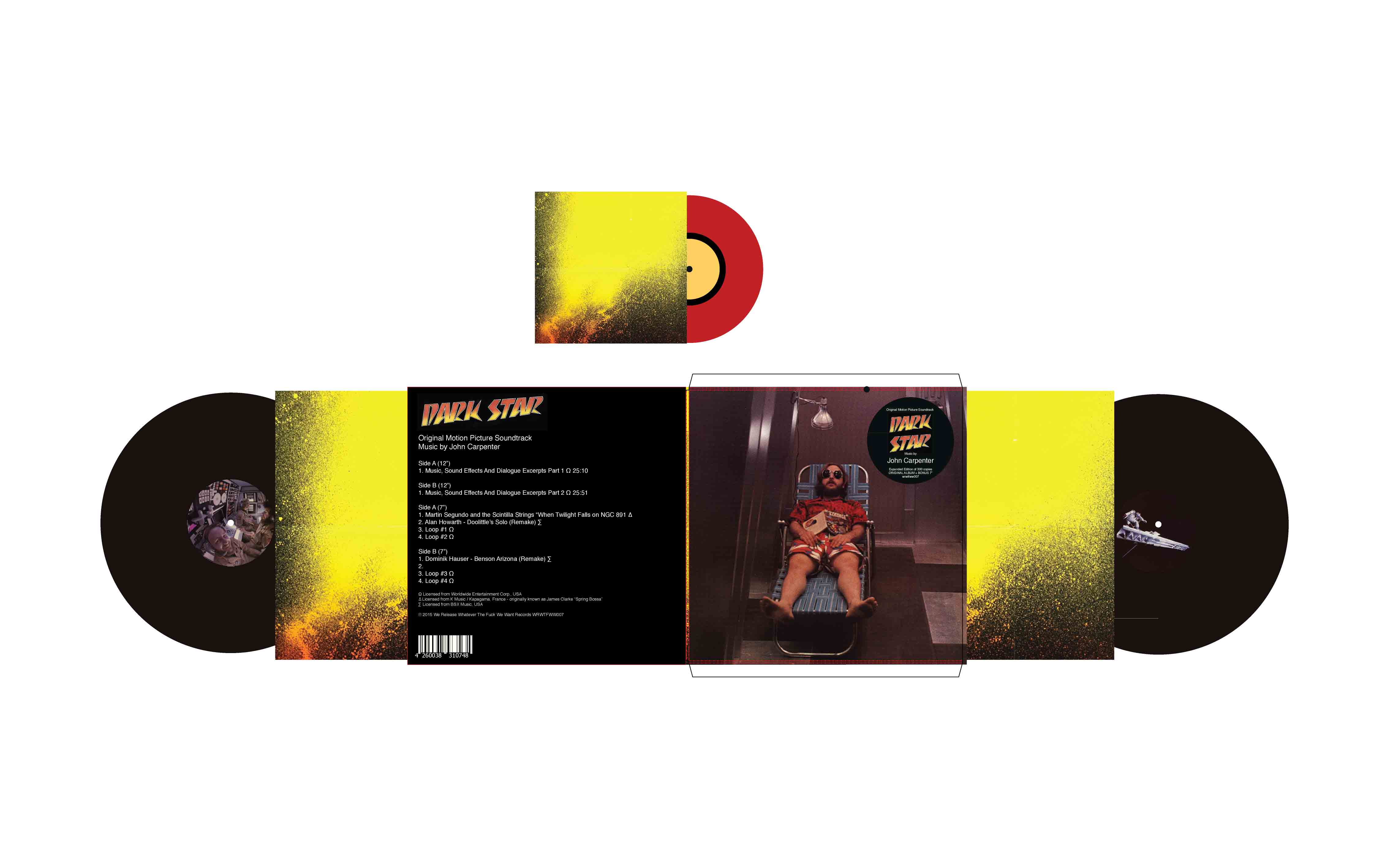 WRWTFWW Records is ecstatic to bring back the original motion picture soundtrack for John Carpenter’s Dark Star (1974) with added bonuses that are sure to satisfy all cult sci-fi soundtrack completists of the galaxy (and further).

This limited edition double vinyl combo comes with a 12" and a 7". The former is a remastered version of the original motion picture soundtrack consisting of incidental music, sound effects, John Carpenter’s synth experimentations, dialogue excerpts, and vintage interferences extracted directly from the film roll.

The 7" is red with a yellow label circled in black (in pure beachball alien fashion) and contains “Ode to a Bell Jar” remade by loyal Carpenter collaborator Alan Howarth (Escape from New York, Christine, Big Trouble in Little China, They Live…), the fan favorite “Benson Arizona” remade by Dominik Hauser, the very sought-after “When Twilight Falls on NGC 891” by Martin Segundo & the Scintilla Strings (in the real world *James Clarke’s Spring Bossa), as well as endless loops of sound effects from the movie to turn your house into your very own scout ship. Oh and there is a very secret hidden bonus track too!

It all comes in slick thermostellar triggering packaging with a brand new artwork and invisible hyperdrive electronics – the best way to relive the Dark Star adventure and celebrate John Carpenter’s first directorial feature film released in 1974 and co-written by (and starring!) all around legend Dan O’Bannon (Alien, Lifeforce, The Return of the Living Dead). Let there be light!

- The most comprehensive vinyl edition of the original motion picture soundtrack for John Carpenter’s first feature film, Dark Star (1974). – For the fans of John Carpenter, sci-fi movie soundtracks, electronic experimentations, and strange vinyl releases. Also, for surfers. – Includes the sought-after “When Twilight Falls on NGC 891” by Martin Segundo & the Scintilla Strings, for the first time ever on a John Carpenter-related release.