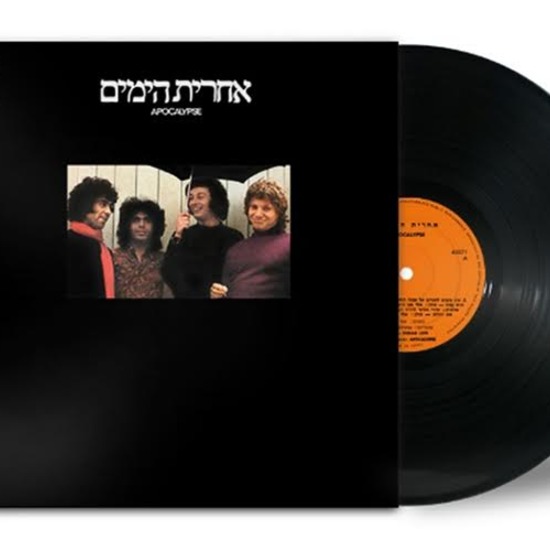 Formed in 1971, Apocalypse was the first artistic rock band in Israel. At the time, it wasn’t much appreciated by local listeners, but for the years followed, Israeli audience began to adapt to this unique blend of 60’s British rock’n’roll and Israeli folk music. Zohar Levi (drums and composition) added some influences from sophisticated trends that were going on at the time, like The Beatles later albums, and Proto-Prog bands. Their music is full of drive, and is related quite easily to hard rock. Due to commercial failure, Apocalypse disbanded only a year after being formed, leaving only one album behind them.

This self-titled album is by one of Israel`s first complete rock band. The 1972 album contains some of Israel`s best poetry put to rock music by Zohar Levi, the band`s percussionist. The album is considered by many as a masterpiece.